In praise of the Fishwrap

The American National Catholic Reporter is not highly regarded by orthodox Catholics: indeed Fr Zuhlsdorf has been known to refer to it as the Fishwrap. But does it have any merits? 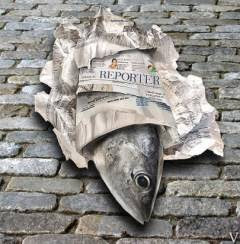 The most obvious use for the National [Hahaha] Reporter (H/T Fr Z).

If five thousand friends suddenly descend on you wanting a meal - as can happen if someone mentions your party on Facebook - then there is no better way of catering for them than with fish sandwiches: in the right hands, five loaves and two fish can go a long way. In these circumstances, your fish would naturally be best wrapped in the National [Heretic?] Reporter, which is capable of packing in so much that is oily, foul-smelling, and even slightly rotten. Only the British Tablet can compete in this respect.

However, under controlled laboratory conditions, some people have managed to read the National [Whatever] Reporter without going insane, and today we shall review two of its articles. 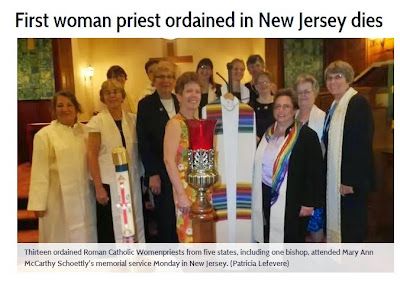 See how many mistakes you can spot.

Did you know that the Catholic Church has women priests? I didn't, even if you spell them "Womenpriests". I don't think Pope Francis knew, either, and he's generally considered to be something of an expert on the matter. Here we have the National Catholic Reporter - yes, it really does use the C-word in its title - claiming that a gaggle of ladies in suspiciously stripy vestments are priests, indeed, that one of them is a bishop. Phew! That's a relief! We can cancel the Reformation and re-unite with the Anglicans, who are just beginning to catch up in this vital matter.

Now after that, you may think that some of the NCR editorial staff are in need of an analyst, the sort of person who can lie them down on a couch and say to them in a cod-Austrian accent, "So, and how long haf you had zis delusion about vimmin priests?" Luckily, there is an analyst on the staff, and he's a Jesuit! 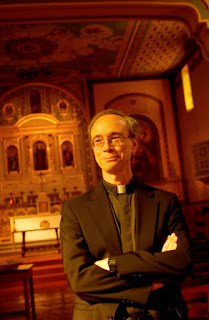 Fr Tommy deserves the credit for another article that we'd like to review. Its headline is unpromising and a little insulting, but it is possible that - as at the British Daily Telegraph - the headlines are often written by teenagers on work experience. On the other hand, the quality of the article that follows also suggests that it was written by a teenager, rather than a worthy disciple of St Ignatius of Loyola.

Now, on this blog, we have always known that the kiss of peace was slightly problematical: see, for example, this guide, which tells you how to conduct the kiss without upsetting your neighbours, and this one, which tells you how to do so without catching an illness. Certain people in the Vatican have now taken our message to heart. You are not there to grope your neighbour, nor to try and beat your personal best in terms of "kisses" scored. 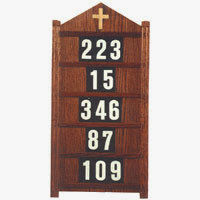 A scoreboard showing the current record as 346 kisses.

Fr Tommy takes a negative view of the Catholic church: basically the "Catholics against the Vatican" tribe has won. He says: The Catholic community, no matter what the Vatican may want, has made the kiss of peace in its current place a joyous symbol and no amount of catechesis will change that.

Yes, it's a great paper, the National [Oh-dear] Reporter. Recommended especially to Presbyterians, Muslims, Atheists, and anyone else who wants to see the Catholic Church looking very silly. Oh, and to fishmongers.