The Pilgrim's Ogress 8: Getting tough with ISIS

The story so far: Eccles and his Aunt Moly are on a pilgrimage, and have now arrived in Portugal. Prime Minister David Cameron takes up the story. 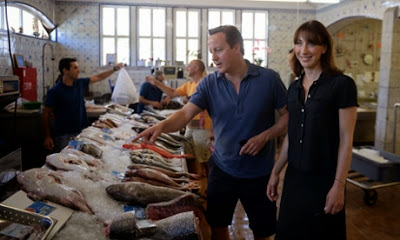 I may not care about ISIS but I'm very worried about iced fish.

As Prime Minister, I find that a period of rest and relaxation is a very important part of my job, and so Samantha and I headed for Cascais in Portugal, in order to recharge our batteries by making an in-depth study of fish markets. We were just giggling at an overgrown Scottish Salmond that had run aground and been caught out, when in walked a young man in a red biretta accompanied by an old lady clutching a gin bottle.

"Enjoying your holiday?" asked the rather vacant-looking man, whose name, it later transpired, was Eccles.

"This is a time for difficult, and I may say, unpopular decisions," I replied sternly. "I have a positive vision of what is needed for a fair and just dinner tonight; however, I still have to convince Samantha that our future depends on going for the efficiency and flexibility of a meal based on haddock, rather than the more popular short-term alternative of cod."

"Oh really. Heard the news, by the way?" asked Eccles. "ISIS is committing genocide in the Middle East, Christians are being massacred, and President Obama has responded by getting his golf handicap down to 22." 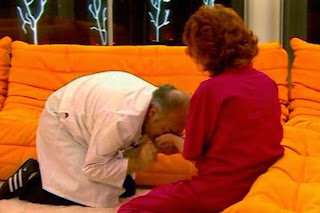 George Galloway - hitting Israel where it hurts by banning their tourists from Bradford.

"Woeful!" screeched the old lady who, I later discovered, was Eccles's aunt.

"Yes, I thought things had gone quiet," I rejoined. "We seem to have lost someone called Baroness Whowasshe over the Gaza issue - I was never quite sure how she got into my government in the first place - and she was a Muslim woman, so I am going to have to use Google to find another. Also, Boris wants my job again."

"So you don't propose to do anything to help the Christians in Mosul, or the Yazidis on Mount Sinjar?"

"Oh no, I don't think that would be very popular with our focus groups," I explained. "There are no votes in helping Christians - they refuse to subscribe to my core policy of seizing the middle ground between Good and Evil. And although it might be nice on the grounds of equality and diversity to save a few Yazidi refugees with their 'Peacock Angel' temples, this is not going to help me win the 2015 election, is it? I might alienate the Muslim terrorist vote." 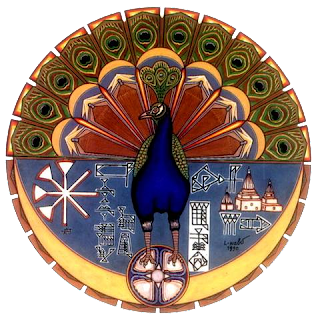 No votes in peacock angels.

"Have you no shame? No conscience?" asked Eccles, his originally-placid countenance suddenly as twisted as Vince Cable gets when I tell him his sums are all wrong.

Luckily, I never go shopping for fish without my personal bodyguard - there are sharks everywhere - and Eccles was hastily escorted away. I have a deep conviction that my policies - based on the old legal maxim of caput in arena*, will soon be widely accepted, even amongst the small Christian community, but it is an uphill struggle to convince them!