Don't be a Donatist! Be nice to your bishop!

The Bones blog tells of a fascinating document Reflection Document for Clergy on Marriage and Family Life, produced by the CBCEW, warning clergy against the heresy of Donatism. 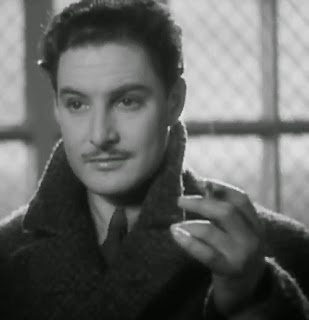 Robert Donat in "The 39 Articles Steps".

Donatism, as every schoolboy or girl knows, was a heresy condemned by St Augustine. This was in the time of Diocletian's persecution of Christians: Christians were being forced to bake cakes bearing slogans in favour of same-sex "marriage", other Christians lost their jobs when they repeated Christ's teaching on marriage and the family... Well, in these times, various Christians renounced their faith, or at least kept very quiet about it. Some bishops even allowed "gay" masses to take places in their dioceses, or invited known dissenters to lecture.

Now, when the the climate was a bit milder, and people felt able to speak freely once more, then the Donatists refused to accept the sacraments at the hands of such "apostates". This is heretical, and we must take the view that - however badly your bishop has behaved - he is still a priest in good standing. If he marries you - er, to someone else, that is - baptises your child, or anoints you with oil, or whatever, then it's all perfectly above board. 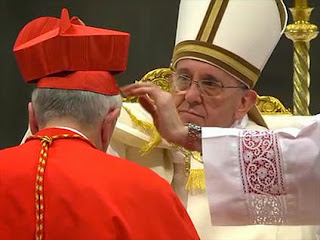 "Something's not quite right here, Vin."

In fact, the CBCEW letter isn't condemning true Donatists who may refuse to accept the legitimacy of priests: it is changing the meaning of the word to refer to those who refuse to give communion to remarried divorcees, those in same-sex relationships, and others who do not wish to give "Go and sin no more" a try. It's always a good move to label your political opponents with some obscure heresy, rather than coming out and saying exactly what you mean. We've been accused of neo-Pelagianism and Donatism; coming soon: accusations of Arianism, Marcionism and Montanism, or you may be identified as one of the Bogomils, the Patarini, the Dulcinians, the Waldensians or the Cathars. 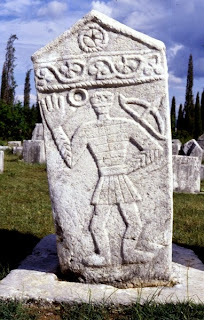 Do you look like this? If so, you mean be guilty of Bogomilism.

The explanation for the gibberish in the CBCEW document is simple. It was written by all the bishops, sitting in a large "magic" circle, each taking it in turns to supply a word. Some of the bishops dozed off while this was being done, or woke up shouting "Drink!", so the process was not entirely reliable. As Mr Bones has hinted, "Donatist" was actually one portly bishop's cry for doughnuts.