Many readers have asked me "What the blazes did the Supreme Court think it was playing at when it ruled that two Catholic midwives would be obliged to supervise abortions carried out by their colleagues? Is it not a complete travesty of the Commandment that says 'Thou shalt not terminate'?" (We don't use words like "murder" or "kill" any more, as that might give the game away.) 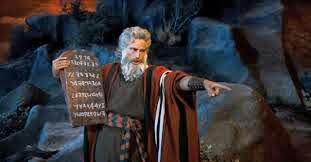 Lady Hale explains: "We are the Supreme Court, and there is a clue in the title. Theologians will tell you that the Supreme Court is the Court of Heaven, and the Supreme Judge is God. This proves irrefutably that I am God, and I have a right to change the definitions of Good and Evil to suit myself."

Actually, as Deputy President of the Supreme Court, Baroness Hale of Richmond is only entitled to be called Deputy God, and God Himself is called Baron Neuberger of Abbotsbury. Still, He wasn't involved in this decision, and the power of life and death has devolved to Brenda Hale (or Jehovah Hale, as she should really be known). 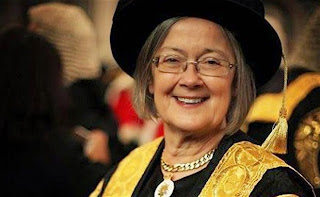 It is expected that the Supreme Court will come out with further decisions in the near future, all designed to foster the culture of death. Lifesavers will be ordered to drown people; workers for the Samaritans will be ordered to tell people "Your situation is beyond help: go and top yourself, you time-wasting moron." Doctors, who used to swear a Hippocratic Oath all about maintaining ethical standards, will be encouraged to kill helpless babies in the womb - oh, I'm sorry, that one already happens, I'm told. But of course doctors will also be asked to swear a Shipman Oath (Shippocratic?) undertaking to bump off a regular quota of old people. 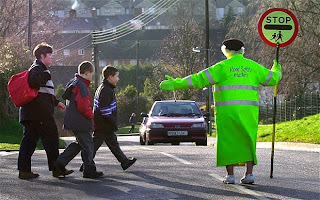 Protecting children? You're doing it all wrong.

Then again, lollipop persons (as above) will be asked to push children under buses, and mountain rescue services will be told to employ St Bernard dogs carrying cyanide. Finally, as the great Fr Hunwicke has observed, those who worked in Nazi concentration camps were only obeying orders, and we know what a wonderful job they did.

Oh Brenda, Brenda, Brenda! BPAS and the National Secular Society think you are wonderful, so I wouldn't dare call you an evil woman destined for Hell (or, more charitably, a loopy old bat). Whatever I might think.