Many will be aware that the Cranmer blog conducted an online poll to find the Top 100 UK Christians. The results will apparently be announced at the New Year, but here are a few tips from me.

Apparently, Cranmer has already weeded out a few popular choices such as the Dalai Lama, Adolf Hitler, and Mohammed, who are either not British, or not Christian, or not alive: sometimes all three. Eccles has also been weeded out, so as to give everyone else a chance. 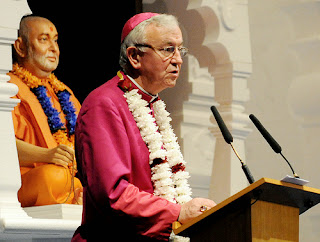 Sometimes a Christian is hard to recognise.

On the Catholic side, the "Bishop of the Year" title was won convincingly by Kieran Conry, greatly admired in Arundel and Brighton; however, for most of the year we had been confidently expecting Bishop Campbell of Lancaster to win the prize for his acts of kindness and charity, including the suppression of the Protect the Pope blog. I'm sorry, he says he did not suppress it. It must have suppressed itself. And anyway, it's only a temporary 40-year sojourn in the wilderness for Deacon Donnelly. Note that Bishop Campbell is also very good at answering e-mails. 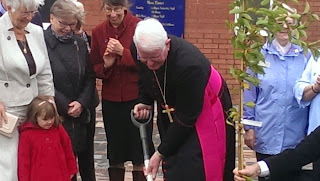 It's a bishop's job to know where the bodies are buried.

There is also the Stephen Fry award for being ubiquitous for no apparent reason. Planning a binge to celebrate your diocese's 50 years? Organizing the largest Catholic Youth event EVER in the UK? Why, you need to invite Fr Timothy Radcliffe OP! A simple member of the Dominican community, founded to preach the Gospel and to combat heresy. Just don't mention his controversial views on homosexuality or communion for divorcees! It surely can't be long before the "man in white" becomes a bishop - they're looking for someone at Arundel and Brighton, and the bar is rather low there. Or perhaps Fr Timothy will just get his own TV show. 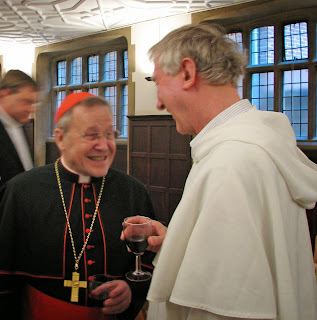 I am not so up-to-date with Anglican politics, let alone Methodist, Baptist, and the rest. Presumably on that side Giles Fraser (also a man of startling ubiquity) will be a front-runner, and possibly a bishop or two will also be highly commended. How about Richard Harries, who wants to see the Koran read at the next Coronation? He could appear in the Top 100 UK Muslims list as well.

Indeed, now that it's been decided that Christ got it wrong, and it is OK to ordain women, even to the level of bishops, there is one obvious front-runner. And here she is: 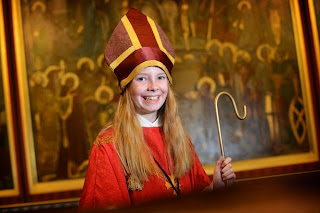 Or they could just be boring and give the prize to Queen Elizabeth II.