I have just come across a program that assigns you a random saint. Of course I had to try it, and out came St Gotthard of Hildesheim, who was new to me, as I presumably am to him too. 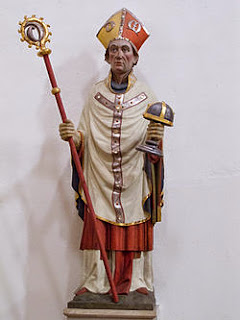 From now on, we expect to be better acquainted, but Gotthard (if I may call him that) seems to have his hands full looking after travelling merchants; he is also invoked against fever, dropsy, childhood sicknesses, hailstones, the pain of childbirth, and gout; not to mention those in peril of the sea. It is unlikely that I shall ever suffer the pain of childbirth, unless it means my own birth, which was a distinctly rough experience, what with the doctor, who had never even met me before, thumping me on the back and then cutting my umblical cord. No wonder I hated the experience.

Hailstones are another matter - these are presumably a meteorological condition, rather than a medical one (that's gallstones), and like almost everyone else I am occasionally troubled by them. Saying "Hail, Mary" doesn't seem to be quite right here. 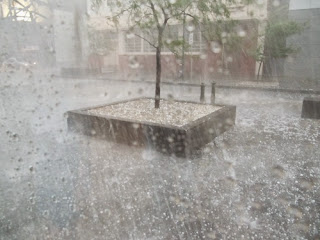 In a previous piece I adopted a cardinal - Ouellet, who does not seem to have acknowledged the gifts I sent him: Eccles cakes, a statue of myself, and a copy of my autobiography Eccles, the man of destiny. Part 1: the unsaved years. Later, I adopted a deacon, and then a pope: in this case, Hyginus, the first pope never to have been canonized. I'm still working on that one,

So now I have to think of ways of supporting St Gotthard. Obviously a few preliminary prayers are in order, of the "Hello, Gotthard. I'm your patronized human; may I invoke your help some time?" sort. Then perhaps one day I shall make a pilgrimage to Hildesheim, which is not far from Hanover. He'd like that. 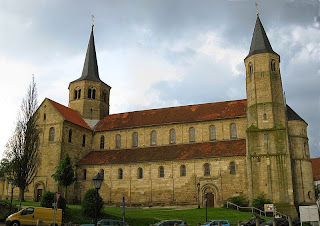 For a saint, Gotthard had a relatively dull and uneventful life. He was a monk first, then became bishop of Hildesheim in 1022. During the fifteen years of his episcopal government, he won the respect of his clergy, as Wikipedia puts it: a custom that has long since died out in Germany. He also got some thirty churches built, which is something of a miracle in itself.

All in all, I am quite happy with my adopted saint. Presumably he will accept prayers in English: everyone understands English IF YOU SPEAK LOUDLY ENOUGH. Or maybe Latin - how nice to have a universal language available for all purposes to do with spiritual nourishment. I'd better start now: is that a touch of gout coming on, or is it just pins and needles? Salve Gottharde... 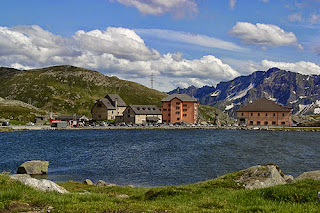 Hospice in the St Gotthard pass.