No Kiss of Peace for Eccles

Long-time readers of this blog will remember Fr Arthur, our local priest in good standing who takes very seriously the view that we are all sinners: indeed, for two pins he will give you a list of your sins, and, if he spots you in the confessional, will remind you of all the things you forgot to confess.

Fr Arthur has now recruited Deacon Marvin to help him, another man of pronounced likes and dislikes - mostly dislikes. On Sunday we had a hymn by Bernadette Farrell, "Christ, Be Our Light". It's not a completely bad hymn - it doesn't give me stomach cramps like "Shine, Jesus, Shine" or "Walk in the Light" do - but it reads more like a Guardian editorial than a hymn. 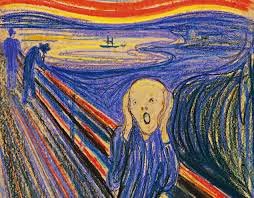 All music is equally valid, you see.

Now, you may remember that Mrs Farrell wrote a rather impudent piece in the Tablet, in which she concluded that all styles of worship were equally valid and that the composer James MacMillan was wrong to express dislike for the dross produced by Paul Inwood, Dan Schutte and Gerry Fitzpatrick. Somehow Deacon Marvin overheard a private conversation in which I criticised Bernadette's musical taste, and that set him off.

There's a point in the Novus Ordo Mass where we are encouraged to offer each other the sign of peace. Usually it is the deacon who says this particular exhortation, and what we got this Sunday was the following version "Let us now offer each other the sign of peace. Except for Eccles, who is revolting and unkind, a bitter and twisted old neverwas. Anyone who shakes hands with Eccles is not worthy." You could see the Christian love radiate from the deacon (and the steam coming out of his ears) as he said these charming words. 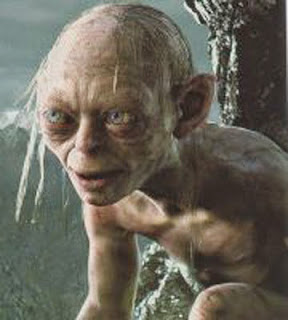 "We hates Eccles because he criticised Mrs Farrell."

Well, I never much liked the Kiss of Peace, and it is only an optional part of the Mass, one of those things that the Ghost of Vatican II slipped in when nobody was looking. And it is humbling once in a while to be told by a man in holy orders that he hates us. 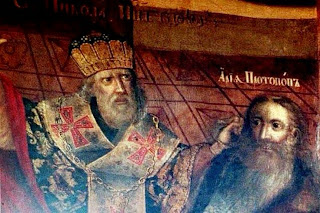