We are finally able to publish a review of Austen Ivereigh's new book The Great Reformer: Christ and the Making of a Radical Messiah, which has caused so much controversy. Since his surprise appointment in December 1 BC (or whenever it was), Jesus Christ has emerged as the most talked-about and most revolutionary Messiah in living memory. He has become a subject of fascination not only to the 2.2 gigaChristians in the world, but to virtually everyone. A certain amount of scandal has arisen over the circumstances of Jesus's appointment as Messiah. It is said that there was a "Team Jesus" in place a long time beforehand, containing such illustrious figures as Isaiah and Micah; it persuaded people that the Baby born in Bethlehem was the one to support, and not, for example, rival candidates such as the Emperor Augustus, the Dalai Lama (any of them), Haile Selassie, Prince Philip, or various other people who have been worshipped as gods. 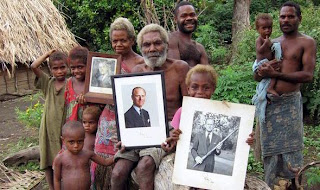 Members of the rival "Team Philip".

If Dr Ivereigh's allegations are true, then apparently the prophets Isaiah and Micah risk excommunication. On the other hand, Cormac Murphy-O'Connor, who was also around in the BC/AD switchover period, is not generally associated with "Team Jesus", so he is probably in the clear.

Since coming to power, Christ has upset many people with His strong words. Most recently, He accused the Pharisees Conference of being "A generation of vipers", and even the loyal Cardinal Peter was labelled as "Satan". Perhaps after all He is not the meek and mild Messiah that some expected when He was elected. 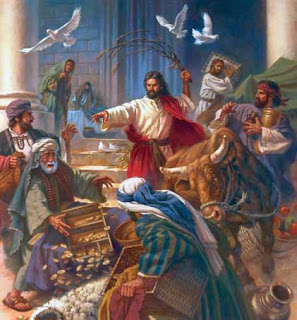 Cleansing the Curia of Financial Leprosy.