A group of celebrities has written to the Telegraph "demanding" that politicians agree a plan to legalise assisted dying. And if nothing is done, then they'll scream and scream until they're sick. They can, you know. Apparently, 25 people a year travel abroad to be killed (compared with, say, the 1700 who are killed in road accidents), so action must be taken to make their self-destruction easier. 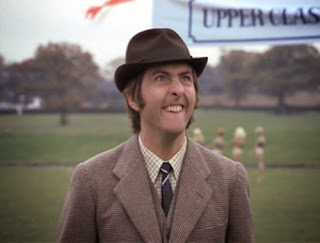 Eric Idle. Obviously an expert on the morality of killing people.

As many will remember, the prime mover for the "Why can't people be bumped off?" campaign is Lord Falconer. Note that a falconer is one who has control of a certain bird of prey, which is used to kill off weaker creatures - sorry, "assist weaker creatures to die" - and it is possible that Charlie Falconer is merely reverting to the traditions of his ancestors. 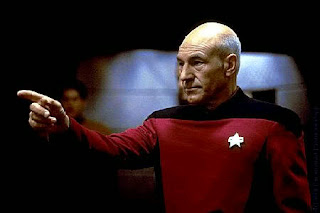 Of course, not all the signatories to the Telegraph letter are actors. Oddly, Stephen Fry is absent (which must automatically invalidate the list). Some of them are very eminent: one signs himself as Lord Rees of Ludlow OM, so that you know that he is a Very Important Person indeed, and not just any common or garden Lord Rees who wouldn't know one end of a telescope from the other. The fact that Martin Rees knows his Mars from his Albireo means that we should take his opinions on assisted dying more seriously than those of a man with no telescope. Lord May of Oxford OM, who has been Chief Scientific Adviser to the UK Government (yes, one man who knows all the science there is to know), is another who was wearing his "I've got an OM" tee-shirt when he signed the letter. 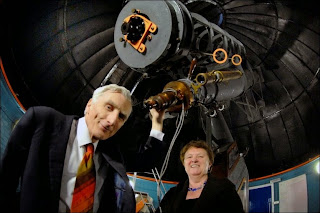 Lord Rees of Ludlow OM demonstrates the use of a telescope by putting it to his ear.

Fortunately, there appear to be no Catholics signing this infamous letter with the stench of death about it - how nice to be able to praise Cardinal Cormac Murphy-O'Connor for being a wise and moral Christian! There is one senior but retired Anglican who - as is well known - has gone over to the dark side: namely, the Humpty-Dumpty lookalike, George Carey. O George, time for a refresher course in Christian morality, you poor deluded buffoon. We've done this before, but this picture is worth another airing. 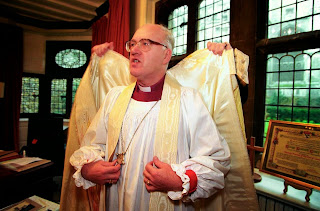 George Carey dresses up as the Angel of Death.