Only cute pets can go to Heaven

As is usual nowadays, Fr Federico Lombardi has clarified the off-the-cuff remarks of Pope Francis that all God's creatures are saved. "What the Holy Father really said," he explained, "is that all cute animals are saved." The offer does not apply to the Hound of the Baskervilles, for example; and pit bull terriers will still end up in the pits of Hades. 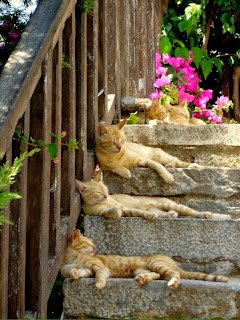 Cute enough to be saved.

It was explained that, whereas Jesus died to save humans from their sins, animals as such do not have a great idea of the difference between Good and Evil, being in that respect something like Members of Parliament or Guardian-readers. For instance, how do you tell the difference between a good crocodile and a bad crocodile when it's biting your leg off? Moreover, it would be inconvenient to have crocodiles wandering round Heaven, even ones equipped with angels' wings. 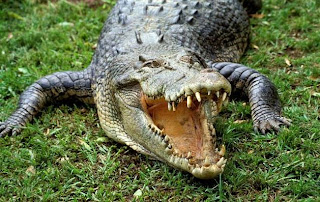 C.S. Lewis once said that a Heaven for mosquitoes could be combined with a Hell for humans. Nowadays, modern teaching has largely abolished the idea of Hell, and Good and Evil are replaced with Niceness - see the Niceone Creed for details. Nevertheless, being able to decide whether one is saved simply on the basis of one's Cuteness applies only to animals, and not to humans. For example, many of the saints were not at all cute. 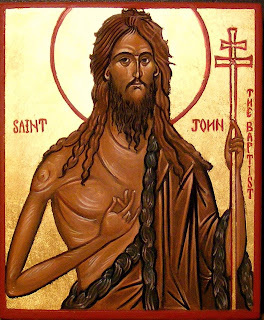 John the Baptist - as un-cute as Russell Brand but still saved.

Fr Lombardi added that simply possessing a cute pet was not an automatic guarantee for salvation: the pet itself would have to abandon its owner in the afterlife. Cats, for example, will do this without any scruples. 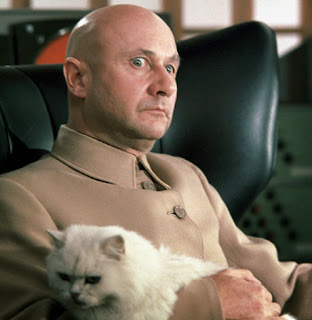 Only one of these is saved. Can you work out which it is?

According to Biblical teaching, God has decided that sheep are saved, and goats are not; this does indeed follow the principle of "cuteness", as goats are not generally regarded as cute animals. Indeed it is hard to imagine Pope Francis trying to gain credibility by walking around with an unsaved goat round his neck. Q.E.D. 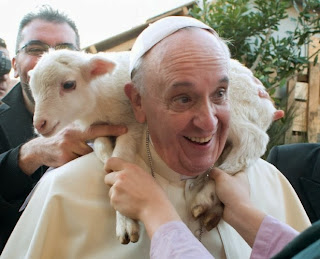 The Pope poses with a saved creature.