Warning: not much spiritual nourishment today. 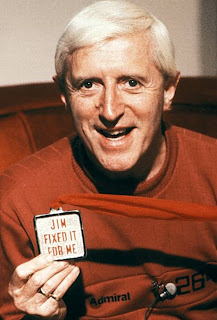 It was announced today that the Nobel Peace Prize has been awarded to the late Sir Jimmy Savile, who "fixed it" for so many people. Said a spokesman, "We had a strong field this year, and we also shortlisted Abu Hamza, the BBC, the EU, and President Chávez. But in the end, Sir Jimmy was the unanimous choice of the committee.

President Ahmadinejad blames the Jews for his omission yet again. 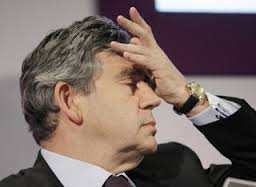 The Nobel Prize for Economics has gone to Gordon Brown, who saved the world (and most of the rest of the solar system) in such a spectacular fashion a few years ago. It was thought by some that the prize should instead be awarded to the Greek nation as a whole, but in the end Brown was the one to receive the honour. When asked how he would spend the money, he replied that he was thinking of throwing it down the drain in order to stimulate neo-endogenous growth, but for the moment what he needed was to lie down in a darkened room. 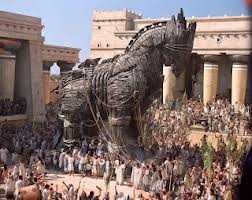 The people of Greece show how they lost their entire savings on a horse..

The EU hit the jackpot, however, when the Nobel Prize for Literature was awarded. Said a spokesman for the awarding body: "The EU's annual accounts are the most hilarious work of fiction that we've ever read. The story of how they donated 2000 billion euros to the Hydrophobian flobble-fruit farmers, without even realising that there is no such country as Hydrophobia, or anything called a flobble-fruit, is up there with the work of Swift and Voltaire. And they pretend all along that they are being serious."

Jeffrey Archer was unavailable for comment. Well, to be honest, we didn't ask him.

Louise Mensch, author of "She gave up Corby for love," shared the prize.