Welcome to "Moral Night" a new BBC discussion programme where we look at the burning moral and political issues of our time and, as a new departure, attempt to invite speakers with a balanced selection of views. 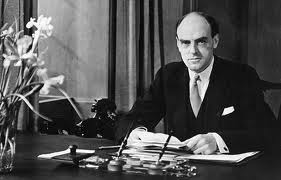 Our first issue tonight is abortion. To present the full range of opinions, we have invited Dr Terry Minate, a surgeon whose faithfulness to his Hippocratic oath has led him to run an abortion clinic, and Ms Dodo Killemov, who runs Killemov Advice, the centre for helping women decide to get rid of their babies. We also have two people with more extreme opinions: Lord O'Bama, who is campaigning for abortion to be legal for all children under the age of two, and, as spokesman for the eccentric weird and shocking anti-choice viewpoint, a new-born baby. 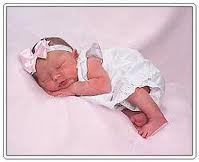 A spokesman for the deranged pro-life cause.

Next, we have the issue of same-sex marriage. Again we have a balanced selection of opinions. In the main-stream, we have Prime Minister David Cameron, who will explain why changing the definition of marriage is the most important issue facing the country at present, and Ms Les Bean of the Wimmin's Collective Commune and Marriage Bureau. At the extremes, we have Elton Spong of Stonerage, who wishes to restrict all marriage to same-sex couples, and, presenting the discredited religious viewpoint, the Bishop of Chessington.

Finally, we shall discuss euthanasia. The "standard" opinions will be presented by Dr Heinz Blofeld, who runs the popular "Bumpemoff" clinic in Switzerland, and Lord Death, managing director of Deathco Suicide Pills Ltd. More extreme views will be available from Hermann Shipmann, who wishes to replace the standard retirement age by a standard death age, and finally (you won't believe this), a spokesman for the anti-euthanasia cause, a gin-sodden and senile old lady.

Am I dead yet? What's going on? Woeful.

But first, since this is the BBC, it says in my contract that I have to go and molest some of our more vulnerable staff. We'll be back soon!