All you need to know about the fanon 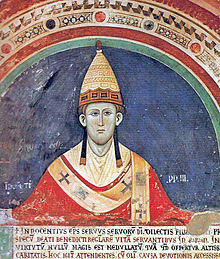 The fanon - a bodyblow against liberal Catholicism.

Certainly the most exciting thing to happen in the Catholic church this week was the return of the papal fanon, which the Holy Father wore for the Pontifical Mass on Sunday.

What is the fanon?

It is a gold-and-white cape, which only the Pope may wear. Anyone else wearing it is guilty of impersonating the Pope, and will be arrested for identity theft. The same penalty applies if any impostor attempts to open a bank account in Rome under the name of Pope Benedict XVI, or to canonize his own friends. 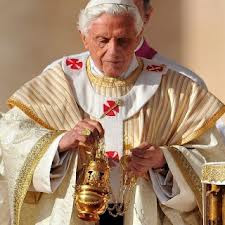 What is the significance of the Pope's wearing the fanon?

It is sending a powerful message to the liberal wing of the church that they have finally lost. Having seen the fanon in action, Catherine Pepinster is believed to have gone into hiding, Tina Beattie has joined the Methodists, and Hans Küng has hastily sold his two-metre-high statue to a farmer needing a scarecrow. 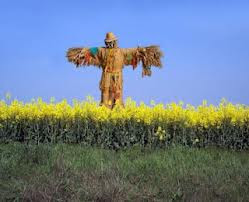 My name is Ozymandias, Küng of Küngs. Look on my works, ye mighty, and despair!

Why did the fanon fall into disuse, anyway?

One very hot day, Pope John-Paul II was trying to put a pile of Vatican II documents into some sort of order. Unfortunately, the electric fan that he was using to cool the room caused a breeze, and some of the most important documents about the hermeneutic of continuity blew out of the window and were never seen again. "We don't need the fan on!" shouted the Pope in an infallible way: and henceforth it was so.

What will the Pope wear next?

The 16th century papal doublet and hose are probably next to be resurrected; or possibly the pope will go straight to the fisherman's garments worn by St Peter. 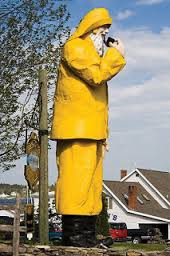 A statue of St Peter, in traditional fisherman's robes.