The Book of St Richard, Chapter 15

1. So it came to pass that the children of Am-eri-ca waited, while Richard decided how they should vote.

2. But meanwhile, there came a learned philosopher unto Richard, whose name was Grayling, and he spake unto him thus:

3. "Lo! I have decided to found a new university, which shall be called the New College of the Humanities, that we may educate the young and tell them that there is no god but Dawkins."

4. "And we are in need of a distinguished professor of evolutionary biology and science literacy, preferably one who is an atheist and a celebrity."

5. "And we are hoping to recruit other young men of great intellect such as Lord Prescott and Sir Michael Jagger, who will really be able to engage with the youth of today." 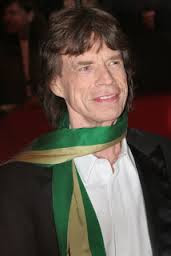 6. And Richard gladly accepted the offer, saying, "Lo! I shall give them my famous lecture course on 'The Godless chicken'."

7. So the New College of the Humanities prospered greatly, and Richard travelled regularly down to London to educate the young and impressionable. 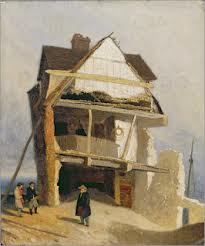 The prestigious premises housing the New College of the Humanities.

8. But the children of Am-eri-ca cried out again, saying, "Tell us, O Richard, how we must vote."

9. And Richard pondered saying, "On the one hand there is O-bam-a, he who claimeth to be a pious Christian. For he was a member of the Trinity United Church of Christ, and hearkened unto the words of Jeremiah Wright."

10. "It was Pastor Wright who wrote that brilliant book, Only black people is saved. But now that he has been found out, O-bam-a has renounced Pastor Wright, and I think we may now claim him as an atheist." 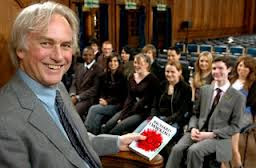 A well-attended C. of D. service. Can you spot the saved person?

11. "On the other hand, there is Rom-ney, he who is a Mormon, but hath just one wife. And although I myself have shared my house with three wives and numerous chickens, I cannot accept the Mormon faith."

12. But the disciples spake unto Richard, saying, "But what sayest thou of Joseph Biden, he who is the President of Vice. Is he not a pious Catholic?"

13. "For Joseph saith: 'I give thanks that I am not as the rest of men. I fast twice in a week: I give tithes of all that I possess. In fact, if I believed in God, I would be a model Catholic.'"

14. And Richard spake, saying, "No problem. I think we can count Joseph as a paid-up atheist as well."

15. And so the world waited. Would Richard - he who had raised an obscure skiing instructor called Nick Clegg to a place at Dave's right hand - perform a second miracle, and raise O-bam-a to the glory of a second term? 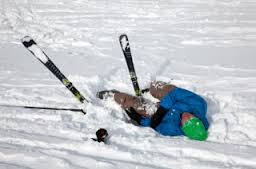 It is true that Nick Clegg was once a skiing instructor.