Why can't the churches do as I say?

For those who missed Tim Montgomerie's Times article No palace, no politics. Just Christian teaching (which is most people, as you would probably need to pay to read it), here is a summarised version.

One reason I became a Christian, at the age of 36, was the writings of C.S. Lewis. I was reading this very exciting story about a lion, a witch and a wardrobe, and it was explained to me that Aslan was just another name for God. Since I adore big cats, I knew that a religion which worshipped a lion was just the one for me. 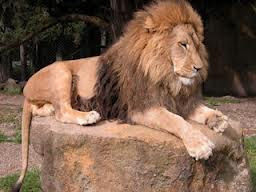 Aslan. The Bible says that Jesus was incarnated as a lion.

Nowadays, I think the churches have lost their way. They are trying to give a moral lead, and to obstruct policies agreed by democratically-elected politicians. They hardly ever sit down to any serious lion-worshipping.

However, now that a new Archbishop of Canterbury is to be appointed, it is a great opportunity for all the churches to get back to basics. Here are my plans for the Church of England: I am sure that the Catholics, the Muslims, and the Jews (etc.) will immediately follow suit. After all, as far as I can tell, they all believe roughly the same things.

Sell off the churches for affordable starter homes and all-night supermarkets. This is what the country needs now, not a building for people to gather in and think subversive thoughts. 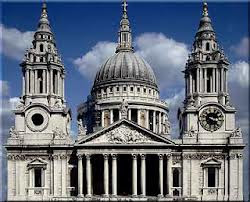 St Paul's - would be much more useful as another branch of Tesco's.

A total reorganization of church services. My researches have shown that priests are unnecessary, since it does not require special training for someone to read out a few prayers. Moreover, churches should be a forum for discussion, taking the House of Commons as a model.

The liturgy should be amended according to the needs of the day. For example, the words Gloria in Excelsis Deo or "Glory to God in the Highest" should be a motion for debate, and not to be taken for granted. In a pilot scheme, we found that a focus group preferred to amend this to Habe bonum diem, Deus or "Have a nice day, God," a motion which was then passed by a two-thirds majority. 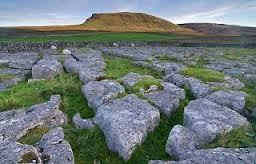 A lion, possibly Aslan, having a nice day.

Don't try and give a moral lead. Luckily, the main Christian churches have more-or-less dropped the idea of making moral judgements, but a few rogue bishops and archbishops will insist on talking about sex. I have read "The lion, the witch, and the wardrobe," and I can assure you that Aslan never talks about sex.

The more libertarian approach adopted by the BBC seems to work very well. There's this chap called Savile who's been in the news recently: I haven't kept up with the full story here, but all I'm saying is, why can't the churches follow his example and stop treating sexual activity as something that should only take place in private?

Confession. Once the government has been allowed to take over the churches, Confession will operate as it does in police stations - a priest with a truncheon will hit the penitent sinner until he or she confesses their sins.

Vestments. Again, these are unnecessary in the modern era. The churches should take their lead from politicians, and dress simply. 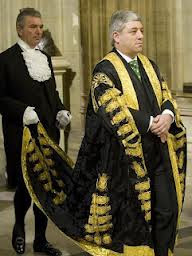 "Here comes the bride," a humble politician in simple dress.

I trust that my words of advice will be taken up by the people in authority. Times are changing, and the churches need to change too, or they will become places where only the religious-minded will feel at home. Next week, I'll be giving more details of my plans to make divine worship conform to a proper business model. 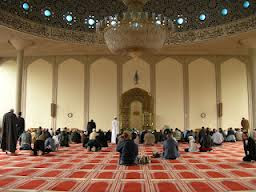 Inside a mosque. But wouldn't it be more businesslike with computers, filing cabinets, and proper office furniture?