Taking a break from religious hymns, as we have done once or twice already, the Eccles Bad Hymn Award judges are pleased to welcome Jim Connell, author of the Socialist Hymn The Red Flag, together with "Red Ed" Miliband, who likes to sing the hymn once a year. 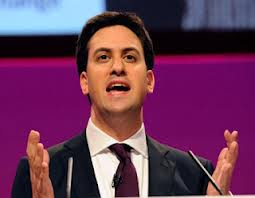 E: Jim, if I could come to you, first. The flag isn't really deepest red, is it? Usually, it's quite a bright red colour. In fact you later describe it as "scarlet."

JC: Yes, well the idea is that it is stained by the blood of the martyrs.

E: Oh right. So Ed, can you name some Labour martyrs whose blood has stained this flag?

EM: Well, there was Clement Attlee.

E: Attlee? The man who ended up with an earldom and the titles of KG, OM, CH, PC and FRS?

EM: He was a martyr to lumbago, you know. 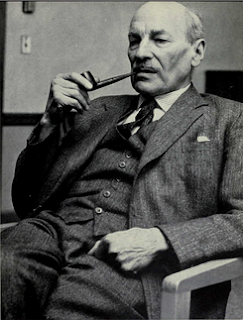 Clement Attlee - used to wrap himself in a red flag when his lumbago got bad.

E: The version I heard was The people's flag is palest pink, Mum washed it in the kitchen sink. Still, back to you, Jim. I see that nowadays people don't sing the more embarrassing verses of your hymn?

E: Of course the French like anything that blazes, really. Red flags, cars, British lamb, ... The pyrotechnic habits of the French are worth a whole verse on their own. But I quite like the phrase "sturdy German." We've had quite a lot of trouble from sturdy Germans since you wrote that song. And Moscow, Chicago, ... hmmm.

EM: At the Labour conference we omit all that tosh. Still, we are very fond of the colour red.

The people's dress is deepest red - behold the wife of poor old Ed!

E: So basically verse 1 is all about martyrs - possibly including Clement Attlee - being wrapped in red flags. Wasn't there another martyr? David somebody, who was stabbed in the back by his brother?

EM: I deny it completely. Anyway, David is not dead. Just resting.

EM: Will you be quiet? We in New Labour don't regard anything as sacred. In fact, we don't even regard religion as sacred.

E: And you've got plenty of rich men in your party, eh, Ed? 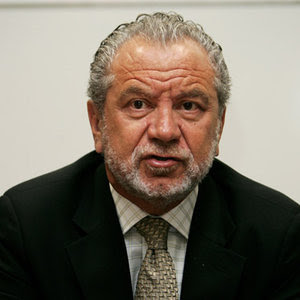 EM: I don't remember the words exactly, but our conference sing-song ends with something like: "Though tumpty-tumpty traitors sneer, Um, er, the red flag flying here."

E: Actually, most people sneer at the song these days, especially after the fall of communism; not just traitors. You've just missed Eric Hobsbawm, he liked that sort of thing. Where is the flag flying now, then?

EM: We left it in Manchester. You didn't expect us to take the silly thing home with us, did you?

E: Fine sentiments, Jim. I think that nowadays dungeons aren't dark, indeed they all have colour TVs; and gallows aren't grim either, in fact they're mostly tourist attractions. But you weren't to know that. Ed, a final comment?

EM: Don't look at me, I don't know anything about this hymn.

E: Well, thank you both for coming. Shall we conclude with another scary picture? 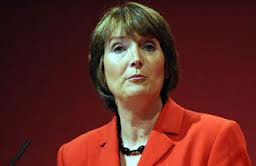 The people's witch is dressed in red. She's cast a spell upon you, Ed.