We 'ad it tough before Vatican II

In 'onour, er, honour of Yorkshire Day, here is the original version of the Four Yorkshiremen sketch. 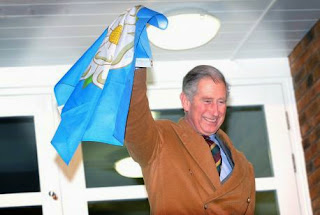 Eee, one 'ad it tough. A Yorkshireman flies t' flag.

Aye, them were difficult days when I were a lad. We'd go to church and t'priest wouldn't even look at us. Kept 'is back to us and said 'e were too busy lookin' towards God. We 'ad to face in t'same direction as 'e did. Aye, we used to dream that 'e'd turn round and grin at us, like priests do these days.

What's more, t'service were in Latin. Very confusin' that were. We'd go to furrin parts like Lancashire or Benidorm for our 'olidays, and t'Mass were still in Latin, rather than t'vernacular. Aye, I paid ninepence for a Yorkshire-Lancashire phrase book, and I never got to use it in t'church. What a waste that were. 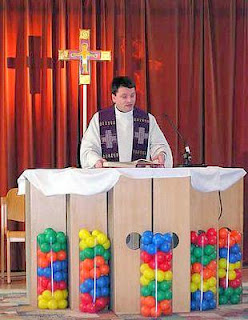 And we didn't 'ave no guitars, or even a recorder. They got someone wot 'ad actually 'ad music lessons to play t'organ. Called it more reverent. And when we 'ad 'ymns we didn't get modern stuff, just Gregorian chant and sometimes music by dead people known as composers. You lads wi' your Paul Inwoods and Damian Lundys don't know 'ow lucky you are.

We 'ad to sit through 'omilies on religious subjects too. None of your bishops' letters tellin us all about 'is trip to t'grotto at Lords, or t'priest explainin' t'cultural significance of t'rape scene in Game of Thrones. No, we got Matthew, Mark, Luke and John. Like it or lump it.

We didn't have t'kiss of peace neither. If you wanted to grope t'lasses you 'ad to go down t'pub for that sort of thing. Nowadays t'kids just won't keep their hands to themselves, will they?

Aye, we was poor and 'umble in t'worship, but we had God, didn't we? You tell that to t'young lads of today wi' their clown Masses, their transgendered awareness Masses, and their puppet Masses, and they just won't believe you. 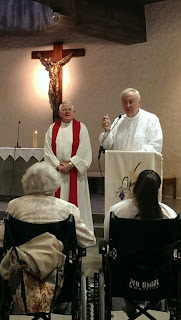 Aye, and t'bishops used to support their deacons in them days, too.