And now over to St Mary's School, where Fred Flintstone of Stonewall, the organization which knows all about bullying Catholics, has come to explain bullying. 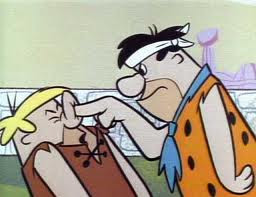 Fred Flintstone knows all about bullying.

Now, Kristin, I understand that you are a victim of homophobic hate-crime, because Tony said your shoes were "gay"? 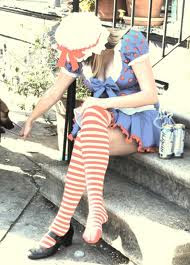 A "gay" shoe. Note how Kristin hides her face in embarrassment.

Yes, Fred. It's a real problem for me: my shoe would be happiest if paired with another left-foot shoe, but I am forced to match it with a right-foot shoe.

And what would happen if you bought another left-foot shoe?

Well, I tried that, but it didn't fit, and I kept falling over. 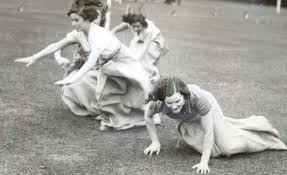 Problems in the 100 metres event for people with two left-foot shoes.

Well, this is a typical case. Now, children, there is one way to deal with anyone who expresses a different opinion to you. Do you know what it is? Yes, Eric?

Well done, Eric. If you scream "Bigot!" this shuts down all further debate, and you don't need to come up with any other arguments. Now, I want as many of you as possible to grow up as Catholics in happy same-sex relationships, so we're going to show you how much fun that can be.

A happy couple from Stonewall

You see, when two men love each other, what they do is they go out into the countryside and build a stone wall together. Well, I'll be telling the over-9s a little bit more about this later - for example, how to place your stones together in an intimate conjunction - but that will do for now. If you have any further questions, do ask your local archbishop. 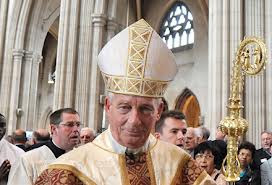