Well, it's time for a new dose of spiritual nourishment, as we continue the Eccles Bible Project with the book of Joshua. For those who want the course from the start, we have already seen Genesis, Exodus, Leviticus, Numbers, and Deuteronomy.

As usual, we are addressing an atheist called Richard who dabbles in theology in his spare time without ever really understanding it. 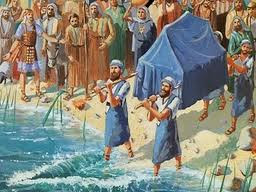 Crossing the Jordan - but is that the end of the story?

Now, the principle idea of the book of Joshua is that with Joshua in charge the Israelites are doing what God wants, and as a result things go rather well for them. Contrast this with Moses's adventures, where everything that could go wrong, did - with some exceptions - mainly because the Israelites weren't obeying God. 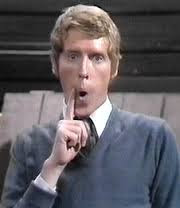 Richard, it's good to see you at our Bible class. Have you ever thought of finding out what God wants, and doing it? It could be to your advantage. Or, even if it isn't, it will make you a better person who can cope with the problems of life without having a meltdown every few days. Anyway, it's time for a song.

Yes, we could hardly fail to mention that. Now there are several morals we may deduce from this story. See which one you prefer: Richard, I suspect you go for (1), while many other people would go for (5).

"Play 'Walk in the Light' now, and they'll all flee in terror."

Anyway, the story continues, with the capture of Ai (chapter 8). If you read this carefully, you find that there is some fairly clever military strategy going on here. They go to the city and, as soon as the Ai army comes out, run away. The Ai army follows - all of it - and one or two others of Joshua's people then sneak into the city and burn it.

Moral - if you're as stupid as the king of Ai, you end up being hanged on a tree. Evidently Ai didn't mean "Artificial Intelligence" in those days. 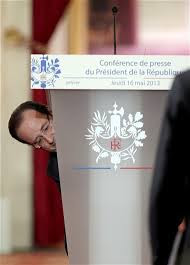 They can't see me, hiding behind this dustbin.

Anyway, in brief, they take over the land (first half of the book). More devious tactics are employed against Gibeon (Chapter 10), for Joshua makes the sun stand still, which basically seems to have been a device to gain extra time for smiting. 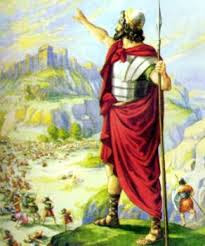 I don't care if the referee's looking at his watch, I've stopped that too.

Once they've taken over the land, the children of Israel then proceed to share it out (second half). Nothing much to say there.

At the end Joshua dies and is buried. They also bury the bones of Joseph, which apparently they've been carting round with them ever since they left Egypt. Really, it was all his fault that they were in Egypt in the first place. 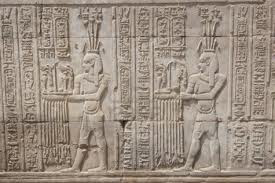 A souvenir of Egypt.

Oh, I should have mentioned that Joshua was the son of Nun (he called her "mother superior" through force of habit), but we don't want to be distracted by nun jokes, do we?

Next week - the Judges move in!