All bishops asked to leave Britain

Following the Vatican's issuing of marching orders to Cardinal O'Brien, it was announced today that the entire "Magic Circle" of British bishops (apart from Davies and Egan, apparently) has been given 24 hours to leave the country. 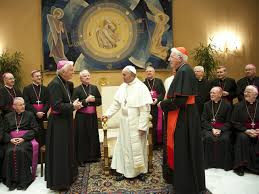 "Now, I've asked all the usual suspects to assemble here."

It is said that Pope Francis is unhappy with various aspects of the bishops' conduct, such as their disregard of orthodox teaching, their encouragement of heresy, and their toleration of blasphemous Masses. 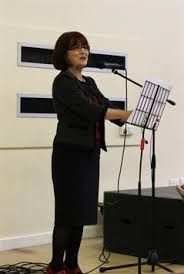 Heresy? All I want to do is rewrite Catholic teaching from scratch.

It is not yet clear where the bishops will be sent to, but our inside sources (Twitter) suggest:

The nuncio, Archbishop Mennini, is said to be very relieved at the expulsion of the bishops, saying, "Since there are so few scandals in those dioceses which are sede vacante, it is clear that most bishops just get in the way. Maybe now we can get down to reviving orthodox Catholicism." 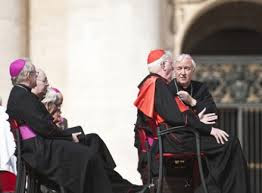 "Our flight should be boarding soon."