Another letter to the President of Boston College

You has no doubt been gettin a lot of very pollite letters recently, such as de one from my friend Ben Trovato. 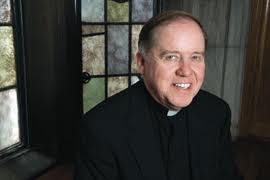 De general idea is dat poeple is disgusted wiv you, buster, I mean Farver, cos your dump is givvin an honorary degree to one of de biggest scuondrels dat I know of, viz, de Torchwood of Ireland, "Enda Life" Kenny.

Enda Kenny, seems to have a disgustin ear disease.

Now I know dat you is a libberal Cathlic, wot means you aint too hot on orthodoxy, and has probbably sold your suol to de Devil, so I expect de fact dat dis Enda type is bringin in some disgustin leggislatoin, which will lead to a lot of abortoins of poor babies, aint gonna cut much ice wiv you. Still I thuoght I'd mentoin it, in case you wanted to make a last-minute repenttance.

Perhaps you cuold explain why so many Jesiuts is a disgrace to de Cathlic church these days? I aint referrin to de Pop, wot is by all accounts a real Cathlic, but I wuoldnt like to be in your shoes when he finds out what sort of activitties you is encuoraging. 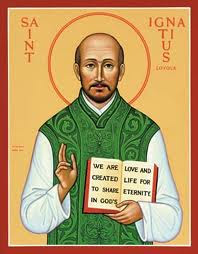 St Ignatius of Loyola. Not gonna be very pleased wiv you either, is he, Fr Bill?

Well, I hopes you dont mind dese few freindly words of critisicm, you viper in de bosom of de Cathlic church, but it is best dat some freindly pusson (who also happens to be saved) points out de error of your ways.

P.S. You might take a look at de uvver honorary gradaunds you is proposin, viz, Gary Glitter, Dr Evan Harris, O.J. Simpson, Stuart Hall, Richard Dawkins and Kim Jong-un, to see whevver dey is also representative of Cathlic values. One or two of dem may be a bit dodgy. 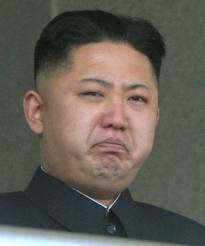 "Do I have to mix with the likes of Enda Kenny?" asks Kim Jong-un.