This is Chapter 3 in the Eccles Bible project, explaining the Bible in simple terms to an atheist called Richard who is a bit of a beginner at theology. We have seen Genesis and Exodus, and now we need to work out what Leviticus is all about. 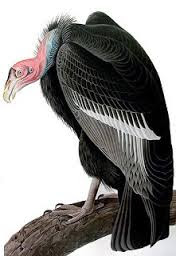 It is forbidden to eat vultures, even tinned ones (Leviticus 11:14).

Now, unlike the previous two chapters, which were full of jolly stories about ancient people, with a fair amount of smiting and some miracles too, Leviticus gets us into a bit of a rut. The basic plot is that God gives a lot of instructions to Moses and Aaron about rituals, the priesthood, sacrifices, etc. and Moses and Aaron carry them out.

Now pay attention, Richard. The book is called Leviticus, and refers to the Levites, the tribe from which the priests were drawn. This should give you a clue that most of the rules and regulations written down were not intended for modern Christians to follow - but wait until Christ turns up, and we'll explain this more carefully. 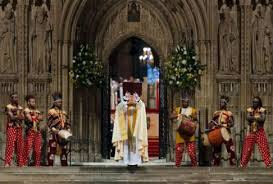 Wel-by, of the tribe of Levi, enjoys a nice ritual.

Some of the advice given is relevant today. For example, Chapters 13 and 14 have some fascinating stuff about how to diagnose leprosy, and what to do if you come across such a case. So you see, these "bronze age goatherds" could easily have got jobs in a modern hospital, and some could even have written books about shellfish genes (which they did not eat, according to Leviticus 11:9-12).

Around Chapter 17 we start to get some moral instruction, and of course this is the bit that so many secular-minded people object to. "Why can't I uncover the nakedness of my father’s sister if I want to?" they ask. 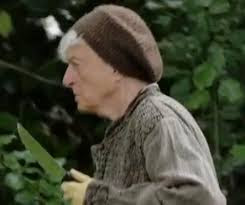 My own (great-)aunt Moly, with a good reason not to try and uncover her nakedness.

We should not forget Leviticus 18:22 (about lying with people of the same sex), because that does tend to upset some people. Although in the New Testament it is made clear that dietary restrictions no longer apply, and you can now eat as many vultures as you want to, it is also made clear that the same-sex prohibition - always far more serious than accidentally eating a vulture lasagne that you thought was beef - still stands.

Actually, Leviticus is at the forefront of equal rights, in many ways. "Thou shalt not curse the deaf, nor put a stumbling block before the blind" (Lev. 19:14) is advice that few would argue with. 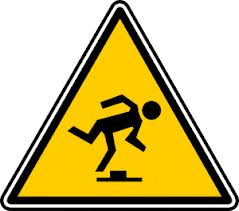 Someone round here hasn't been reading Leviticus.

Well, Leviticus was the basis of the Jewish law for many years, but there is a very good reason why it is hardly ever read from in a Christian church service - for us it is mostly of historical interest. Animal sacrifices are no longer expected: we have something far better. 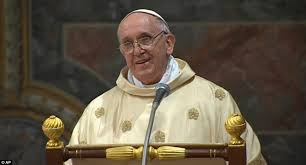 After the service there are coffee and vulture sandwiches in the Sistine Chapel. Trust me, it's OK.

So next week we'll be looking at the book of Numbers, when the Israelites are on the move again...