The church of England was reeling in shock today after the existence of a highly influential "gay lobby" at its heart was finally admitted. 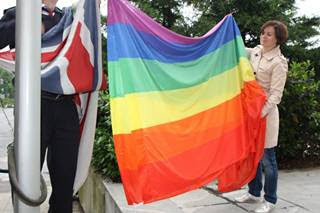 The Union Flag is replaced with the Rainbow.

The first signs of such a lobby came when the secular wing of the church of England, which trades under the name "British Government", started enacting legislation to overturn the ideas of marriage, fatherhood, motherhood, men, women, etc. David Cameron, the person who appoints the church's bishops, has been identified as one of the people responsible for attacking family life in this way.

Things came to a head today, when the British Embassy in Paris decided to raise the rainbow flag in solidarity with the "Gay Bride" march in London. "Mon dieu," said a French commentator, "it's true what they say about le vice anglais, then?" 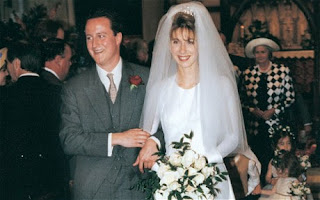 Not the sort of wedding we expect to see much longer.

The Queen herself, although Supreme Governor of the church of England, is not intending to take part in the "Gay Bride" march, and nor indeed is Archbishop Justin Welby, her deputy. However, Her Majesty has herself been seen visiting the "third arm" of the Church of England, the BBC, which is itself blamed for sex scandals dating back to the 1960s. 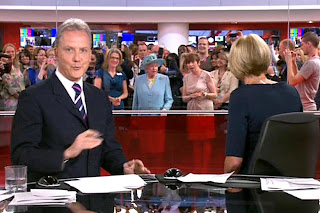 Blimey! It's the Supreme Governor!

The Catholic Church has its own problems, of course, and it was rumoured today that rebel forces in the Vatican had tried to raise the "Gay Bride" flag today, but had been repelled with holy-water cannons. 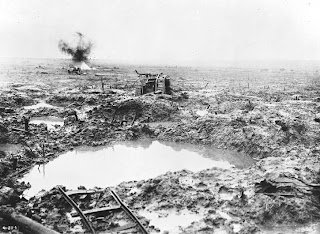 The aftermath of Glastonbury.

Topping the bill is Joseph of Arimathea, who will be performing his popular hit Jerusalem. 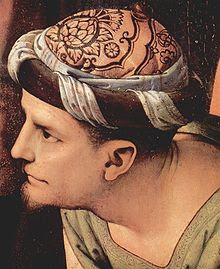 Joseph of Arimathea sings: And did those feet in ancient time...

Another name that will be known to modern readers is that of a very young Cliff Richard, who has of course performed at all the Glastonbury Festivals since the first one. 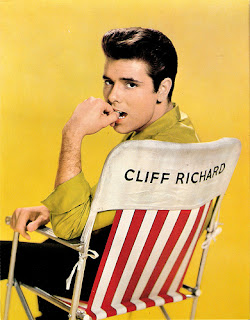 Many celebrities attended, including the lovely Princess Boadicea (or however you want to spell her name), although her insistence on coming by chariot caused some problems to passers-by. 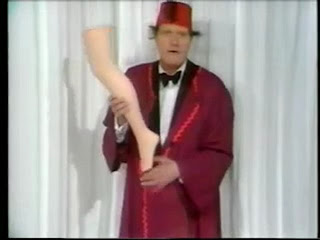 Merlin asks: "Has anyone lost this?"