Q: Dear Fr E, I am an Anglican living in Salisbury, and my bishop says that traditionally the Christian churches supported the keeping of slaves. Is it true that Christ kept slaves? 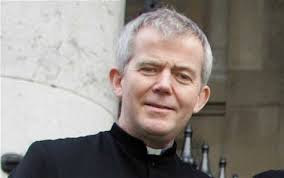 "Before Wilberforce, all Christians kept slaves, you know."

Fr E writes: There seems to be no clear Biblical evidence that Christ kept slaves, although as a share-holder in His father's JOKEATM furniture business, He was clearly a wealthy man. JOKEATM flat-pack bookcases and tables were known throughout the Holy Land. And, if they were ever broken, then they were soon repaired (cf. the Miracle of the Healed Chair-leg). 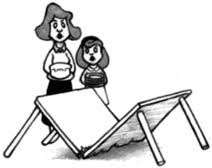 We're getting our next table from JOKEATM.

However, claims by Anglican bishops that Jesus kept slaves, and even that He used to beat them, seem to be wide of the mark.

According to a Tablet journalist I was talking to, it was compulsory for Catholics to keep slaves until Vatican II, when the windows were thrown open and the slaves were thrown out. So I'm told that we should thank Basil Loftus for the final abolition of slavery.

It's a theological grey area.

Q: I am a "working peer" in the House of Lords, and also a pious Catholic. Although I have no time to go to church, I do make a point of listening to Thought for the Day on my car radio each morning, and I attend charity events such as beer festivals whenever I know a press-reporter will be present. 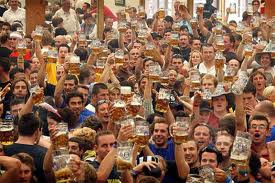 Welcome to the Peer Festival.

Now I am in a real dilemma over the Equal Sex Bill, as I have been getting rude letters and e-mails from the public, of two kinds:

1. Look you half-witted freak, you are supposed to be have some sort of conscience, and it's blindingly obvious that marriage should be between one man and one woman, and not some other ridiculous combination of organisms. Call yourself a Catholic?

2. Look, mate, you don't want us to tell people that you are a homophobic bigot who is out of touch with modern liberal attitudes, do you? We know where you live, you know.

I feel that argument (2) is more persuasive. 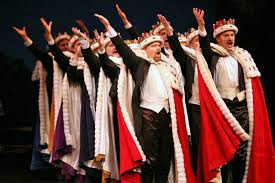 The House of Lords votes on same-sex marriage.

Fr E writes: Quite right, my son. As a member of the Houses of Parliament, you don't want to start thinking for yourself, do you? Just string together some of the following buzzwords, and you'll have a cast-iron argument for same-sex marriage: 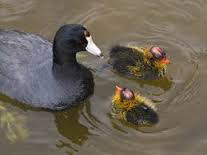 A gay coot with designer babies. 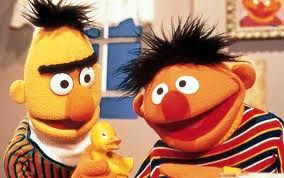 Our "designer baby" seems to be a duck.