New historical evidence has emerged, explaining the reasons behind King Henry VIII's breach with Rome in the 1530s, which led ultimately to the Anglican church we know today. 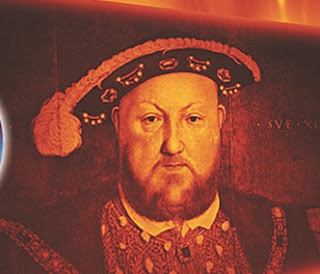 "We have our own vision for the Anglican church," says King Henry in a previously unpublished document. "A church where women may become vicars, and dance in the aisle at weddings. A church where people like Archbishop Cranmer will be welcomed into our rooms in the morning to tell us that we are bigots if we let not a man wed another man." 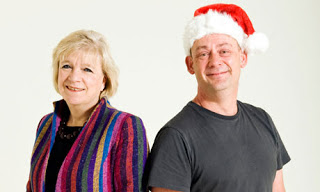 Archbishop Cranmer (in papal camauro) shares a joke with Toynbee, the court jester.

Meanwhile, in Rome, Pope Paul III is also anxious to shock traditionalists. He is said to be planning a Council of Trent, which will turn orthodox Catholicism on its head. "We need to decide whether God is calling us to introduce liturgical dancing, puppet masses and homilies about 'my holiday in Paris'. I get regular letters in green ink from a very keen young man called Monsignor Basil Brushtus; he is urging us to drop Latin, and he has some most original ideas on how the Mass should be celebrated. But I've suggested that we come back to that in a few years time." 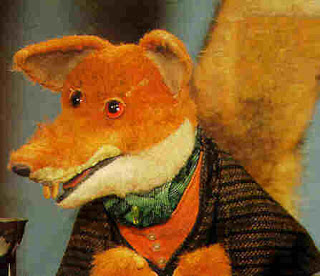 Monsignor Basil Brushtus - too revolutionary even for Pope Paul III.

"That is encouraging, but it does not go far enough," responds King Henry. "As King I am also ex officio Director of Liturgy round here, and I want to ensure that my song Greensleeves is used regularly at Mass. It is easily adapted to religious use: 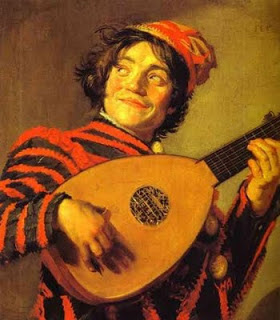 It is clear that these documents will force us to revise our views on the Reformation, and they will keep David Starkey in business for many years to come. Unfortunately.