I done two good deeds today. De fust one was when I got a call from my freind Sister Fortis, wot lives in Blogfen wiv 23 cats and a few hungry mantillas. 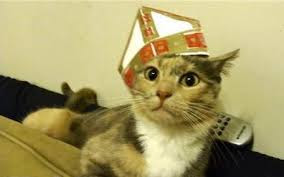 Sister Fortis is takin part in de forty hours of adoratoin at Blogfen, where you aint allowed to eat or drink, although you is allowed to write bloggs. She asked me if I could look after her cats while she was adorin. 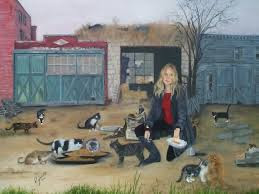 Sister Fortis, sans mantillas, but wiv some of de cats.

De cats is all named after famuos Cathlics. She got Monsinger Newton, wot used to be an Anteater, but converted to bein a Cat. Dere is also Nichols, a very naughty cat wot never does what he is told. Among de lady cats dere is Pepinster, wot hisses a lot, and scratches de uvver cats - dey gives her tablets to keep her calm. One of de most interestin cats is Zuhlsdorf, wot is known for "kitty kill" - he brings in dead voles and sparrows, also de milkman and a passin liberal priest. 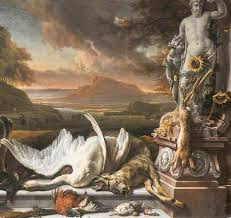 Well, I is gonna have a hard time lookin after de cats, but luckily my Anti Moly (who has gone back to Austriala) left some gin behind, and dey seems to be much quieter after I mixed it wiv dere CATFOD meat.

Update: de neighbors is complainin about yowlin noises all de night keepin em awake. I fink it is de cat Inwood, wot aint got any idea of mellody and just wont shut up.

De uvver good deed I has been doin in to cheer up my freidn Damain Thopmson, wot has been gettin a bit depressed lately. He has put a washin machine in de music room of Thopmson Towers, so dat he can play Bach while watchin his undies goin round and round (we knows he is a holly man, as he says he sees mystic visions - dis must be wot dey calls a Deus ex machina).

To cheer up my friend Damain I went on de web and ordered a bespoke set of boxer shorts dat he can wear when he goes to Mass. 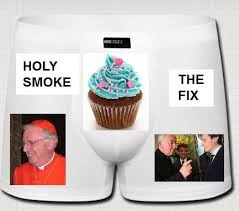 Put dese is de machine, and you will see visions of holly men.

In fact Damain weren't at all amused, and so I tried out Plan B - invitin round to tea de well-known Stephen Fry wot suffers from uncontrollable bonhomie. Dis means dat he becomes very borin and makes pathetic jokes about Cathlic priests and child abuse. Damain aint reely very fond of Mr Fry, especially when de bonhomie is out of control, and so de party was not a success. 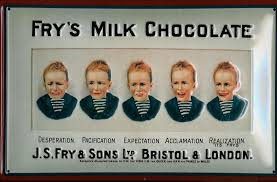