One thing that both traditionalists and modernists seem to agree on is that Pope Francis is a very unusual pope. Is he the new broom that will sweep away traditional Catholic doctrine for good, institute same-sex marriages, stop everyone from "obsessing" about abortion, and free the oppressed and fearful - such as the aged folk of ACTA, who eagerly await the second coming of the Spirit of Vatican II? Or is he basically a mildly eccentric old uncle, who means well, but occasionally seems a bit dotty? 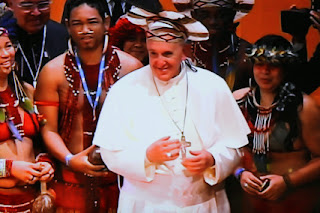 Pope Francis turns down the offer of a nose-piercing.

The explanation for Pope Francis's behaviour is very simple: he is not European, and therefore not what some people expected. Let us explain this with reference to three types of pope: a hypothetical English pope, a German, and an Argentine. 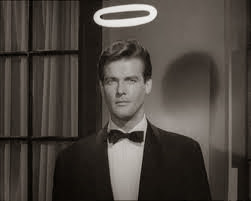 An English pope drinks dry martinis, wears evening dress under his fanon, thinks Lourdes is a cricket ground, spends the evening watching Strictly Come Liturgical Dancing, and Downton Abbey, and gets his theology from the works of G.K. Chesterton. The style of liturgical dancing he prefers is Morris dancing, or the Alleluia Cha-Cha of Paul Inwood. All educated Englishmen are like that. 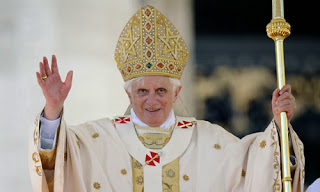 A German pope wears Lederhosen, drinks beer, eats lots of sausages, gets his theology from the heavy guys like Hieronymus von Kartoffelsalat, and reads Kant in the bath. He may prefer the sort of liturgical dance where everyone slaps each other in the face and ends up under the altar. 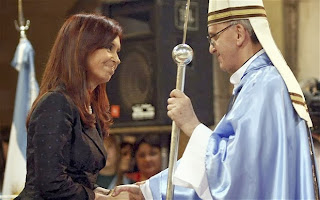 An Argentine pope strives to please one of his flock.

However, Argentine popes are rather different. They are often brought up on a diet of corned beef, and addicted to watching the sort of football match where fouling is tolerated (so be careful the pope doesn't trip you up when God isn't looking). The greatest theologian he has read is Diego Maradona. The tango is the natural liturgical dance for an Argentine pope, although he may not take part himself. It is not known whether such popes are likely to have scorpions tattooed on their shoulders. 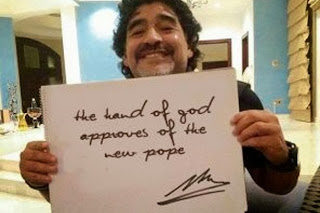 An Argentine handball player and theologian.

Jewish popes are the most eccentric, perhaps. Although they don't wear red noses, as far as we know, they often have a fascination with fish, and dress even more simply than Pope Francis. Very strange. 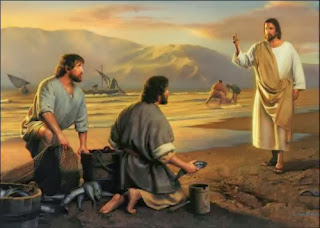