Church of England near to a decision

From the Church Times, October 1532 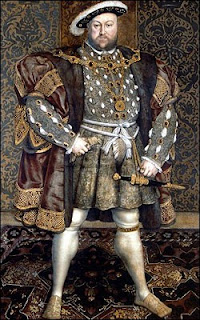 The committee set up to appoint a new Archbishop of Canterbury in succession to William Warham (consisting of Henry Tudor, Henricus Rex, and the King) has finally come up with a shortlist of three names. The job involves running the Church of England on a day-to-day basis, and comes with an attractive package of benefits; its main disadvantage is the associated "early death" scheme, whereby the incumbent will probably be beheaded or burnt at the stake on leaving office. 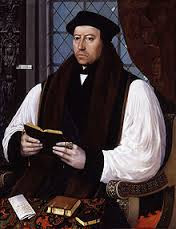 The hot favourite for the job (who may end up even hotter when Mary gets in) is Thomas Cranmer, the celebrity blogger, currently resident at the Court of the Holy Roman Emperor, "organic" Charles V. He is believed to be a favourite of Queen Catherine Anne. Cranmer tells us that he is very keen on liturgy, and would one day like to write his own Book of Common Prayer. Although brought up as a Catholic, he is now a firm Anglican (although some say he may yet recant if it becomes a burning issue). 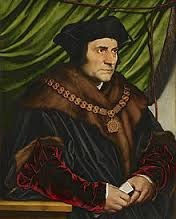 Although a man for all seasons, the current Lord Chancellor, Thomas More, is not strictly speaking a priest; however, he is rumoured to be a very saintly man, who gets on well with the king. He is a regular speaker on Thought for the Day (we heard him speaking recently on Better 'tis to be fortunate than wise!), and is a best-selling novelist in his own right, whose Utopia is now on the National Curriculum. What will perhaps count against him is the fact that he is generally regarded as an Anglo-Catholic. 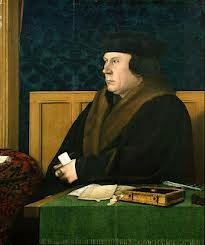 If the job goes to a secular candidate - and King Henry is getting extremely irritated by priests - then another one to watch is Thomas Cromwell, and not just because he is a powerful man called Thomas. Regarded as a reformer who has denounced clerical abuses and the power of the ecclesiastical courts, Cromwell is likely to ruffle a few feathers in the General Synod. Coming from the Evangelical wing of the Church, he is keen to destroy idols and graven images, and keeps telling people he is "saved." Strongly supported by Dame Hilary de Mantel, the celebrity novelist.