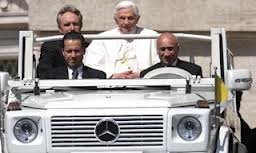 Paolo Gabriele being driven off to prison.

Wednesday. Having lost Paolo Gabriele, my butler and general factotum, I have been advised that I should not appoint a successor, as it gives ammunition to people who think the Pope should do his own dusting. Why, even that silly man Richard Coles who broadcasts on the BBC was making wisecracks about scratched thuribles!

There is a problem, though. I was going to go out to bless a new Lady Chapel that's been opened in Rome, but I had to stay in all day waiting for the plumber. For when I tried using the washing machine this morning, I found that a lot of water went through the floor, ruining the manuscript of my latest encyclical. Vatileaks, they call it. 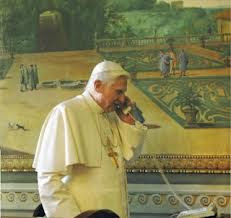 Hello? Is that A.A.A.A.A.A.Alpha.Omega Plumbing Services?

Thursday. The washing-machine is working now, but something went wrong when I tried to wash my white cossack with a red chasuble. Now I've got a pink cassock. I hope this doesn't send out the wrong signals.

Bless me, I've managed to ruin another cassock. After cleaning the papal apartments, I had to empty the vacuum cleaner, and got dust all over my clothes. It's not easy when an 85-year-old man has to do his own cleaning. Thus, I had nothing presentable to wear except an old sheet when the Dalai Lama came for an audience. Still, as a result, I was praised for showing a new sympathetic attitude towards Buddhism. 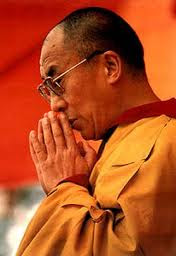 The Dalai Lama achieves oneness with his domestic appliances.

Friday. Was hoping to make further progress with my book on the life of Jesus Christ, but, looking in my diary, I found that Archbishop Arthur Roche was coming to dinner, an occasion for him to tell me about his exciting new plans for closing churches in Rome. So I spent most of the day cooking a 12-course banquet (after queuing in Tesconi's to buy the ingredients). 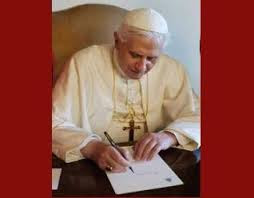 One boar's head and an apple for its mouth; or would Arthur prefer chip butties and black pudding? What are cinnabons?

Saturday. I really want to get my latest encyclical finished - I'm supposed to be signing copies of it in Waterstoni's next week. But a Pope's work is never done. Apparently, the Sistine Chapel ceiling needs a lick of paint - Paolo Gabriele wanted to do the ceiling with a magnolia emulsion, but I don't think that's appropriate. Memo: Must try and get to Mass tomorrow. 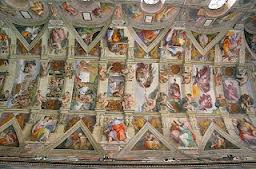 Better leave it as it is. I'll never get up the ladder anyway.