Following the lead of Prince Philip (95), who is regarded as a god by the people of Vanuatu, God the Father Almighty (regarded on this blog as the only true god) has also announced His retirement at the age of 6021 plus infinity. 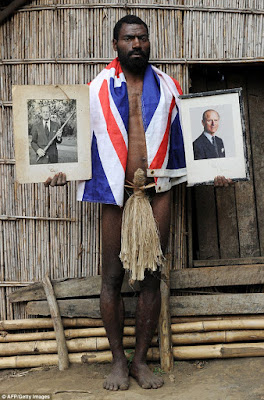 The Bishop of Vanuatu.

A spokesman said, "Most of God's best work was done in Old Testament times, when floods, smiting, fire and brimstone, plagues of boils, etc. were expected of a god. Now that love, mercy and general niceness have come into fashion, He feels it is time to let His Son take a more prominent role in things for a few millennia, taking a back-throne. In preparation for this, the family business was rebranded as Christianity two thousand years ago, rather than יהוה (which, frankly, only appealed to the Israeli market). 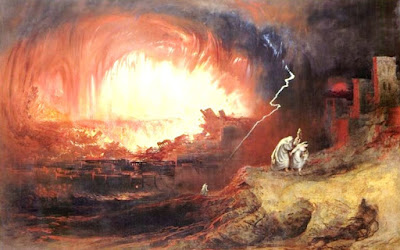 The destruction of Sodom and Gomorrah. Now regarded as a homophobic hate crime.

Other religions have found it difficult to persuade their deities to perform public functions, such as state visits, opening of supermarkets, etc. Prince Philip has always been willing to utter words of wisdom such as "You're too fat to be an astronaut," "How do you keep the natives off the booze long enough?" and "Aren't most of you descended from pirates?" but other gods have remained relatively silent. Only Pope Francis can match Prince Philip's ability to fire off insults at the faithful.

To take another example, Allah, although he started promisingly by dictating an exciting book to Mohammed, all about what a jolly good idea it would be to smite the infidel, has not given much evidence of following up on this, and indeed promises of sherbet and virgins in Paradise have been referred to the Advertising Standards Authority. 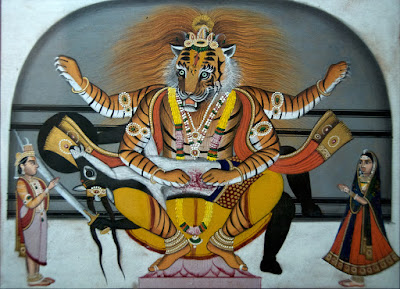 The tiger god - believed to be in retirement already.

Recent events in the Vatican have suggested that even letting God the Son run things is a bit old-fashioned, especially since His teaching on marriage etc. has been questioned by so many high-up Catholics (the Anglicans abandoned it long ago, along with the idea of a male priesthood). That only leaves one member of the Trinity waiting in the wings: letting the Holy Spirit drive for a while would have the great advantage that He (or She, according to the great theologian Fr James Martin SJ), has never actually said anything "rigid" in black and white: thus anyone can make up his own doctrine. Indeed, this is already happening.