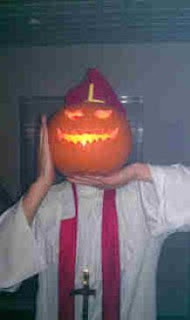 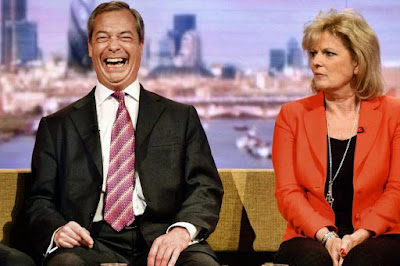 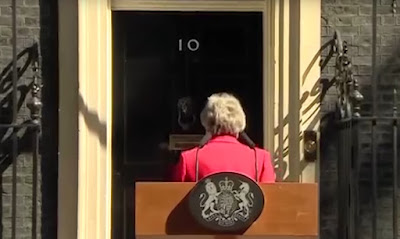 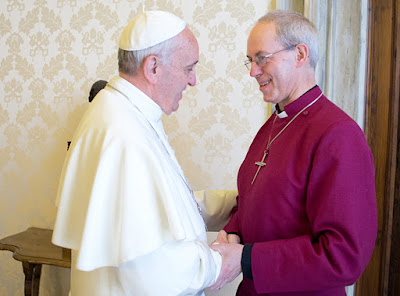 Churches to say "Alabama" rather than "Alleluia"

In this Easter season, it is common to hear interjections of "Alleluia" into prayers, hymns, and greetings. Of course, this can be taken too far, as in "After the Alleluia service there is Alleluia coffee served in the Alleluia Cardinal Danneels memorial Hall. Alleluia!" However, to celebrate the new Alabama abortion law, all Catholic churches have been asked to use the alternative liturgy "Alabama!" this weekend. 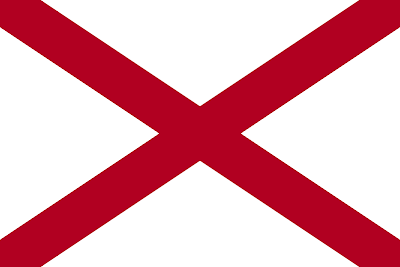 All churches will be flying this flag.

This is expected to cause particular irritation to the anti-life types, and if you meet Senator Joe Biden in church (unlikely) and say "Peace be with you, Alabama!" don't be surprised if he kicks you in the shins. Still, the decree should not be surprising when we see the great commitment to pro-life issues by our bishops (for example, in the March For Life UK, there weren't actually any English bishops present - it was far too far for Vincent Nichols to travel - but we did see Bishop John Keenan of Paisley). 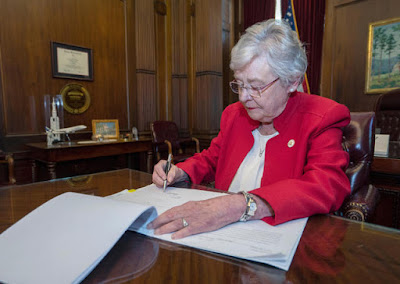 The Holy and the (Kay) Ivey. Even Baptists feel squeamish about mass murder!

So, on to Handel's "Alabama Chorus" from "Messiah":

You know, I don't think God would mind us dropping a few Alleluias for a week or two, if it also meant that a few million lives were saved. But what do I know?

Addendum I: Of course there's always some stupid commentator who likes to [rude word mening "urinate"] on other people's parties, and Fr James Martin LGBTSJ 666 and "supertroll" Austen Ivereigh did not let us down. But you guessed that would happen, didn't you?

Addendum II: Could this be start of the 2nd American Civil War? Free states versus killer states? I hope not. Can the killers be crushed peacefully?

Although Catholic bishops (with very few exceptions) no longer give a moral lead, all is not lost as the great actress Alyssa Milano, star of, um, the 1980s television series Who's the Boss? (er, has she done anything since then?) has called for a Sex Strike - something to do with the fact that real feminists like to have sex and abort babies, so if they can't do one they won't do the other. 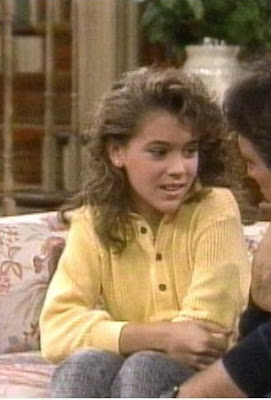 "When I grow up I'm going to organize a sex strike!"

This moral lead has been widely praised by people on both sides of the divide - and Alyssa has gone on to provide more guidance:

1. Thou shalt not steal. A burglars' and muggers' strike is being organized, to last until theft becomes legal in Georgia (or wherever it isn't yet legal).

2. A drug strike. No more cannabis, cocaine, etc. to be consumed until it is made legal. Yes, this will probably bring Hollywood to a halt, but it is worth it to show how much we care about this issue. 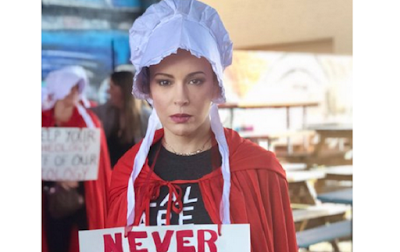 Alyssa models a mantilla suitable for Catholics on strike.

3. An adulterers' strike. Although the Pope has not yet got round to answering the Dubia, or ruling definitively on whether adultery is still frowned on in the Catholic Church, the Blessed Alyssa has called an adulterers' strike - no more sleeping around until you can get away with it!

4. In a devastating blow against climate change, Alyssa promises to use no electric fires and to wear no fur coats whenever we have a hot day. If that doesn't show CO2 that we mean business, nothing will! 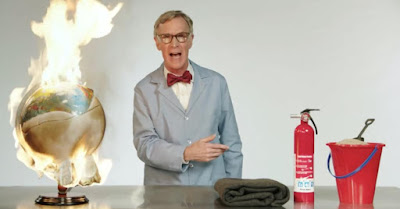 The end is Nye! A mad "scientist" explains.

Impressed by Alyssa's moral lead, Pope Francis is planning a trip to Hollywood, with a view to meeting the actress and benefiting from some of her popularity. It is rumoured that he is going to star with her in a bio-pic about a now obsolete British band. It will of course be called Frankie Goes to Hollywood.

The trial of Pope Francis

Cardinal Luis Ladaria, Prefect of the Congregation for the Doctrine of the Faith: Jorge Mario Bergoglio, alias the Bishop of Rome, alias Pope Francis, alias Peter, alias 'Umble Frank, you are charged with heresy...

Omnes: ...on three counts: heresy by thought, heresy by word, heresy by deed, and heresy by action - *four* counts.

Ladaria: If there are any more quotations from Monty Python, I shall clear the court. Anyway, where is the defendant? 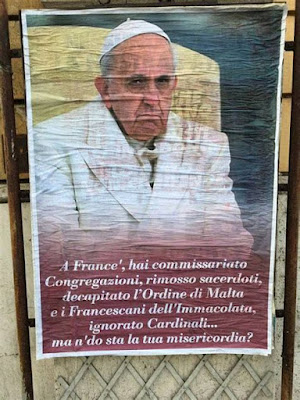 Guilty or not guilty?

Defence Counsel (Austen Ivereigh QC, Fellow in Contemptible Church History at Campion Hall, Oxford, author of Pope Francis, the Great Redeemer): The Messiah is unable to be here, My Lord, as he does not know of the charges and wouldn't answer them if he did.

Ladaria: Since I am indeed Spanish, I'll let you off with that one. Now, what evidence do you wish to present, Fr Nichols?

Nichols: Amoris Laetitia, the Pope Francis book of insults, 200 reports of very dubious behaviour from LifeSite, etc., wielding this finely-crafted stang, covering up sex crimes, driving the popemobile like a maniac, misbehaving every time he takes an airline flight, contradicting all Catholic doctrine since the 1st century, illegally taking over the Order of Malta, ...

Nichols: ... and appointing that compete and utter villain Cupich as a Cardinal.

Ladaria: Serious charges indeed. Does the defence have anything to say?

Ivereigh: Pope Francis is literally Christ, and this is the scribes' fault.

A charge of blasphemy against Dr Ivereigh?

Massimo Faggioli (screaming): These complaints are all the work of extremists. All the students in my class agree with me - at least the ones who passed did.

Deacon Donnelly: You're just jealous because Fr Nichols is a better theologian than you.

Michael Winters of the Fishwrap: Deep down, the accusers know that Pope Francis is right when he tries to change Catholic doctrine on a daily basis.

Stephen Walford, author of Pope Francis is right even when he's wrong: Exactly, Catholic doctrine is nothing more nor less than what the pope of the day says it is. 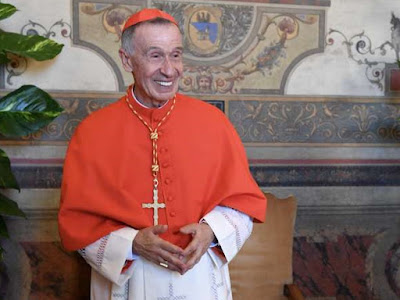 The Spanish Inquisition reaches its verdict.

Ladaria: This doesn't seem to be getting us anywhere. Does anyone have anything to say, apart from ad hominem attacks?

Jimmy Akin (who he?): None of the signatories to this letter have doctorates in the relevant fields of canon law or sacred theology. Therefore they aren't as clever as I am. My verdict is that the accusations don't amount to heresy.

Ivereigh: Of course not! (To stockbroker on phone): Don't sell the shares just yet.

Ladaria: I've had enough of this. Pope Francis, wherever you may be, I find you not guilty. But don't do it again. Er... who's going to tell him?

Spadaro: Tell him? We don't tell him these things. He hasn't even heard about the Dubia yet!