The Book of Covidicus 24 - they think it's all over

Continued from Chapter 23. 1. Two years after the coming of the plague, it was decided that, after all, it was no longer slaying all the world, and had become much weaker. 2. No longer were the people asked to test themselves by waggling little sticks up their noses, screaming in agony, and then dipping the sticks into a mystic potion that could tell them if they were sick. 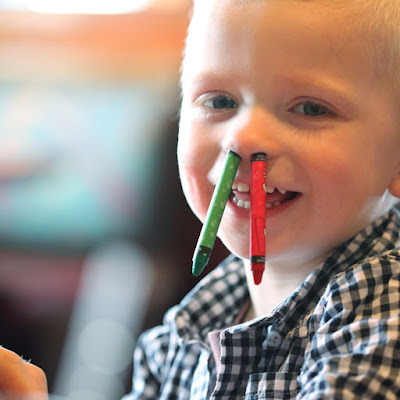 Congratulations, my son. Thou dost not have the plague. 3. However the rich merchants of Phi-za were still hoping to deliver seventy times seven vixens to every man, woman, and child. 4. Also, the children of Bri-tain stopped discussing the grave issue of whether Bo-sis had eaten a cake on his birthday. 5. Yeah, even Keir of the Labourites no longer mentioned the question more than three times per day. 6. For in the east there ruled a mighty tyrant known as Pu-tin of the Russites, grandson of Sta-lin, great-grandson of Le-nin, and he attacked the land of the Ukrainites. 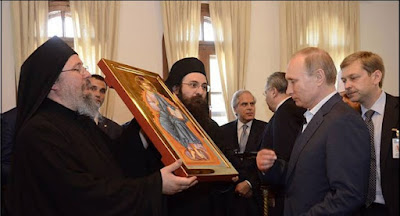 Pu-tin knoweth his Enemy! 7. And such was his madness that he threatened to use the weapons known as nu-clear if the children of Bri-tain, the land of EUgypt, or even the distant Americas decided to fight. 8. Although the rich merchants of Phi-za promised to produce a vixen that would conquer all radiation as it done the great plague - maybe not the first time, and not the second time, but surely the seventy times seventh time. 9. And all the children of Bri-tain had to do was to waggle little sticks in their noses to discover whether they were emitting the ray that is gamma. 10. In which case, they would simply have to self-isolate in a concrete bunker for forty years.

Concrete bunker Sainte Bernadette du Banlay 11. And the children of Bri-tain cried out, "Oh no, not again! They want us to wear masks as well!" 12. So the monks who wrote the mighty books of Brexodus and Covidicus wondered whether it was time to bring this one to an end and begin a new story. 13. But should it be named The Book of Numbskulls or something else? To be continued in some form or other.
Posted by Eccles at 14:37 No comments:

From Russia with Hate

The scene: KGB Headquarters, Moscow. In walks agent 666, "licensed to kirill", Vladimir Mikhailovich Gundyayev, code name Patriarch Kirill. He gives dear Miss Moneyrouble an affectionate greeting, and she tells him that "V" wants to see him. "Ah! Agent 666, I've been waiting to see you, " says V, who is sitting, as is customary, without a shirt on, supposedly to impress the peasants with the near 70-year-old's virility. "Sit down, and have a vodka martini. Stirred but not shaken, wasn't it?" 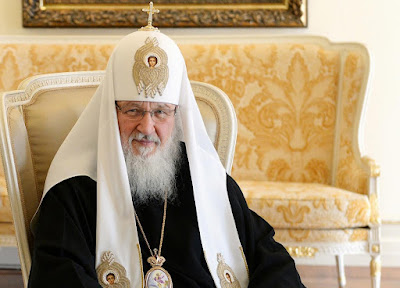 The name's Kirill. Patriarch Kirill. Kirill is too polite to contradict V - or rather he knows that it would be unwise. V goes on to outline the plot. "You've been a reliable agent ever since you joined us in the KGB in good old Andropov's day. I remember your joking that too much writing subversive literature would make your Andropov! Remind me what you've done since." "I've been underground for 40 years now, Comrade V, rising gradually in the Russian Orthodox Church. We recruited Dr Nyet and Bishop Ernst Stavrovich Blofeld, and then took over the SPECTATOR organization..." "Yes, yes, well done, 666." 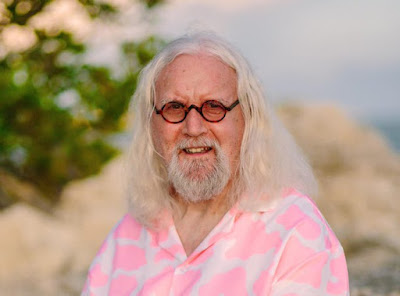 Kirill again, only without the fancy dress. "Now, as you know, 666, the Ukrainians have invaded Mother Russia, and we are at war. It is your job to bring the entire Christian world onto our side. What can you do?" "No problem, V. I will make a speech describing our enemies as 'evil forces' and saying 'we must not allow dark and hostile external forces to laugh at us'. I pinched that from one of Pope Francis's sermons about the Latin Mass." "Yes, yes, we are certain to win the propaganda war. President Macron has already phoned me three times in order to surrender. But I am worried by Pope Francis. He broke with tradition and invited himself round to the Russian Embassy for tea." "I see: there's a serious danger here, supreme commander. What if Pope Francis comes out on our side? Then the whole Catholic Church will be against us!" 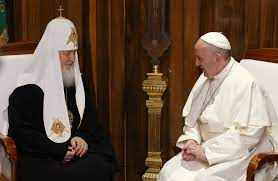 "You have trouble with rigid neo-Pelagians? Why, so do I!" "I think we're safe until his next aeroplane interview, 666. But keep up the good work. By the way does that cross on your hat really turn into a guided missile? I must compliment Q." Not to be continued. I hope.
Posted by Eccles at 18:11 5 comments: 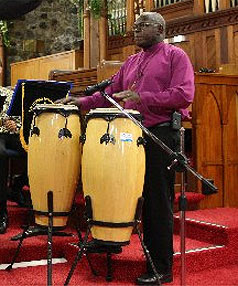 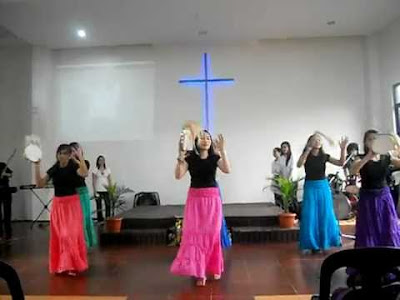 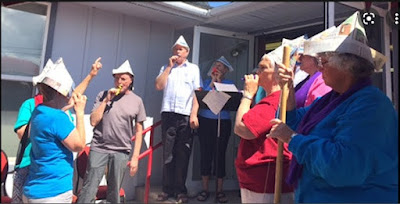 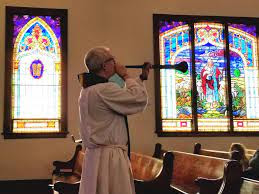