This week, the United Nations came under intense pressure from the Catholic Church, having been asked to explain its brutal treatment of children. 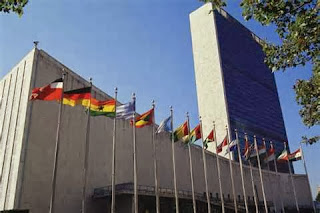 In a hard-hitting report, the Vatican pointed out that the UN in general took a very anti-child attitude, even supporting the murder of babies in the womb. Moreover, even children who survived the first nine months of life were in grave danger. As Fox News pointed out, children are being poisoned in Syria, forced into the army in Uganda, and sold for sex in Thailand. Even liberal Catholics concede that this is - by and large, and taking all things into consideration - against the Spirit of Vatican II. 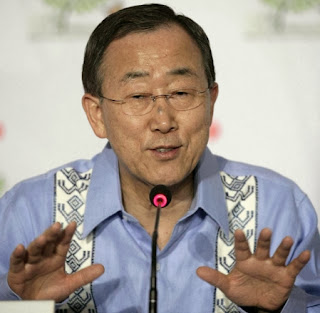 Ban Ki-moon. Note the Satanic symbols on his shirt.

Perhaps the most sinister part of the UN is the so-called "Security Council", where notorious tyrants, such as Xi Jinping of China, Vladimir Putin of Russia, François Hollande of France, Barack Obama of the United States, and David Cameron of the United Kingdom, send representatives to discuss new ways of tormenting children: for example, by "air strikes" on any country that gets in their way. 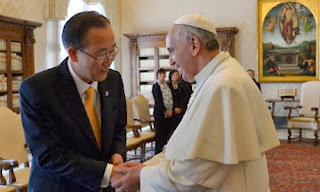 Meanwhile, in England, God's representative in London, Cardinal-elect Vincent Nichols, has been at the forefront of attacks on the UN, even going so far as to mutter to himself "Hmmph, this really is not on!" when he read about their activities in the Guardian. 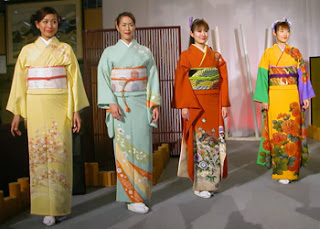 Rebels against the UN: these ladies refuse to sign up to the cult of Ban Ki-mono.