Fresh from his silver-medal triumph at the World Cup of Bad Cardinals, Cardinal Reinhard Marx has announced a "binding synodal process" in the German Catholic Church to look at "questions of present-day sexual behaviour".

"The sort of thing I have in mind," he said, "is the case of a man who has six wives. He divorces the first (the Roman Catholic Church would not accept this, but the German Catholic Church is more broad-minded), and beheads the second. The third dies, probably of natural causes, although it may be a merciful release for her. He divorces the fourth, beheads the fifth, and settles down with a sixth, who is destined to survive him. Now, is there a problem with that?" 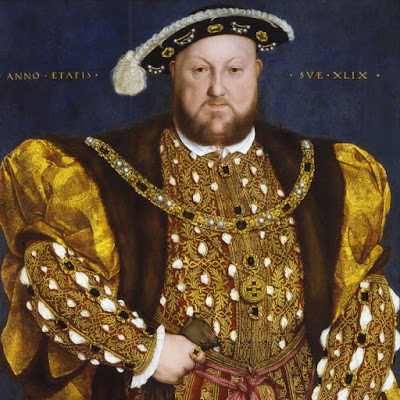 "Well, clearly all his actions can be justified by a careful reading of Amoris Laetitia. He is only divorced and remarried twice, so there should be no objection to his receiving Holy Communion. The double beheadings may be harder to excuse, except by a process of accompaniment, discernment and possibly Ignatian yoga, but Pope Francis has not explicitly spoken out against this practice - and anyway, he is not the head of the German Catholic Church."

"We German bishops are struggling to make ends meet, in spite of the Church Tax, and so another process to be justified by synodal progress is a dissolution of our remaining monasteries. This will inject much-needed cash into our pockets." 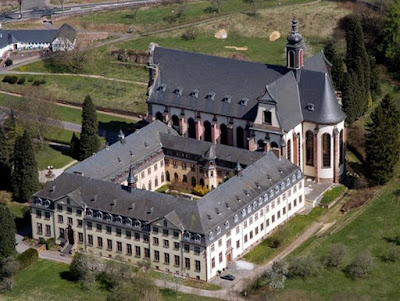 Himmerod Abbey. Soon to be a centre for LGBT activities. Or maybe just a Disneyland.

It is true that many German bishops are known for their dissolution.

Marx continued: "Another idea that our synod is going to consider is the execution of heretics, by which we mean people who adhere to traditional Catholicism. I strongly advise Pope Emeritus Benedict XVI and Cardinals Brandmüller and Müller not to set foot in Germany again: they may end up at our German Education and Execution Centre in Teibürn... Walter Kasper has got an axe and he's not afraid to use it."