How to praise a bad cardinal

This is number 491 (approx.) in our long-running series on how to be a good pope, especially written for those who feel that a hairy hand may descend on their neck one day, and a strangely familiar voice intone the holy word "Gotcha", which is the customary way of telling a victim that he's going to be the man in the hot seat from now on.

One day it may happen that an elderly cardinal, let's call him Cardinal Dandruff, drops dead. That's odd, as he was only three years older than you, and he wasn't on the list of V.I.A. targets (which is headed by Viganò but may also include Burke, Brandmüller, Festing, Sire, Sarah, Müller, etc.) So he probably died of natural causes. Indeed, this may be through despair at being humiliated by Blase Cupich in the quarter-finals of the World Cup of Bad Cardinals. 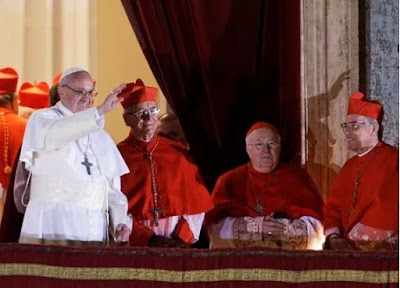 Dandruff was one of the St Gallstone Mafia, without whom you would never have come to power, and would still be an obscure South American bishop - rather than one who, in the words of your friend St Rosie the Copier, "breaks Catholic traditions whenever he wants" (i.e., on a daily basis).

So you want to praise him, while skating over the various scandals with which he was associated. Try the formula "zealous pastor" who "served the Church with dedication". This is harmless enough, and could be applied to any priest who turned up to Mass once in a while and did not actually convert to Islam.

You might also mention that Dandruff participated in a number of synods. Admittedly, the synods were a waste of time, and the conclusions were rigged and distorted (thanks, Baldisseri!), but he did turn up and glare at people, especially the ones you don't like.

Finally, it's always a good move to say that someone Catholic has been "called to God". So much more tactful than mentioning purgatory, or (worse) the Fire that Never Shall Be Quenched and the Worm that Dieth Not. No chance of "Dies Irae" at the Requiem Mass for Cardinal Dandruff, simply "Jesus wants me for a sunbeam"! 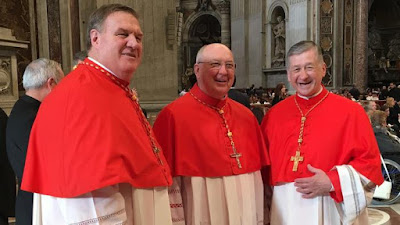 The Al Capone Mafia will decide who the next pope will be.

Now, what are you going to say when McCarrick goes to that great beach house in the sky?