The Book of Covidicus 23: let him eat cake!

Continued from Chapter 22. 1. So the new year dawned, and the children of Bri-tain forgot the plague and worried instead about the wild parties attended by Bo-sis. 2. For the street of Downing had been a land flowing with wine and cheese. 3. But the Sages continued to prophesy the end of the world, as did the models of Neil, Son of Fergus. 4. Yet the people refused to die any faster than they had before. So Bo-sis decided to bring an end to Plan B. 5. From now on, it would be possible to enter the grand halls without a vixen, and to rob banks without a mask; and nobody needed to be tested more than five times a day. 6. So the people looked out to more distant parts of the world. For the Russites were ready to fight the Ukrainites. 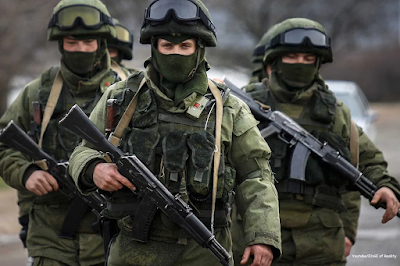 All is well - the Russites are wearing masks. 7. However, there were far more urgent problems to worry the children of Bri-tain. 8. For on all corners the cry went up "Did Bo-sis eat a cake?" 9. For many this was a step too far, and the cry went up for Bo-sis to resign, and be replaced by Su-nak, or the Lady Truss. Or even Keir of the Starmerites. 10. And at this time Cam-aaron appeared once more, dressed in strange vestments like unto a merchant from Dodji. And the people were sore afraid. 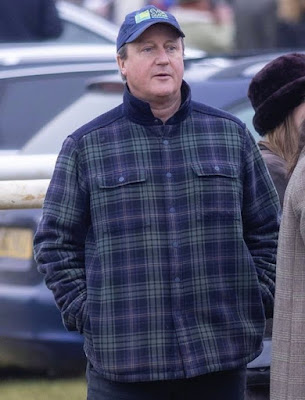 Mayhap Bo-sis was not so bad after all. 11. Then a very aged man called Hess El-Tine was summoned from the dead to say that Bo-sis should go, and that this would open the can that containeth worms. 12. For then, he said, Brexodus should end; that is, the children of Bri-tain should return to EUgypt. 13. So for several weeks the children of Bri-tain talked of little else except parties and cakes. 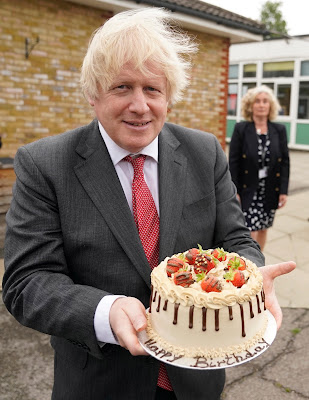