The Book of Brexodus, Chapter 11

1. So it came to pass that, as the children of Bri-tain had agreed, more or less, May-sis began to speak with the Pharaoh Junck-er at a place called the Table of Negotiation. 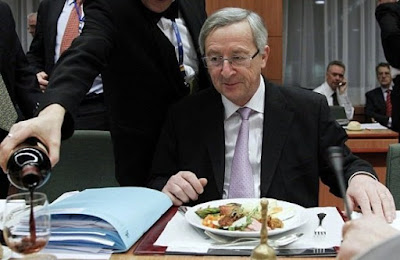 The Table of Negotiation.

2. And Junck-er spake unto May-sis saying, "Ye must give us riches beyond the dreams of avarice before we allow ye to flee the land of EU-gypt."

3. "Yeah, ye must send us cargoes of ivory, and apes, and peacocks, sandalwood, cedarwood, and sweet white wine (especially this), and diamonds, emeralds, amethysts, topazes, cinnamon, and gold moidores. Oh, and platinum statues of Neil Kinnock and Peter Mandelson, lest we forget them."

4. And May-sis, who had also read a certain poem, said "Nay, the most we can offer thee is Tyne coal, road-rail, pig-lead, firewood, iron-ware, and cheap tin trays. Oh, and a cardboard cutout of King David Davis that is indistinguishable from the real thing."

5. Thus it was clear that the stay of May-sis at the Table of Negotiation might be a long one. 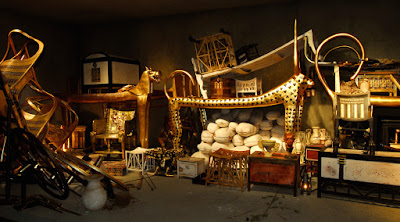 6. So some urged May-sis to walk away from the Table and head for the Red Sea, that the children of Bri-tain might take their chances elsewhere, amongst the Americanites, the Canadiantes, the Australianites, and even the North Koreanites of the land that is called La-la.

7. And others said, "May-sis is not the one to lead us out of EU-gypt, so let us have another leader. Maybe Bo-sis or King David Davis, or perhaps Jacob, he that is called Mogg."

8. And the Dup-ites came to the great Table, speaking of hard borders. And they asked whether, if May-sis parted the Red Sea, it would become a hard border.

9. And others asked whether any EU-gyptians among the people of Bri-tain would be allowed to stay, saying, "If they go, then the children of Bri-tain will starve. For how will they survive without people who can feed them on pizzas, and moussaka, and sauerkraut, and muesli, and the leg of the frog?" 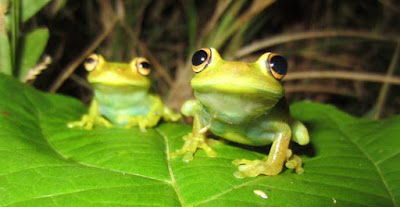 Alas, the croaking of the frog may be heard no more in the land of Bri-tain.

10. "The children of Bri-tain will wander into the wilderness feeding only on what the Lord provideth; namely, fish and chips, the toad that dwelleth in the hole, and the pie that is made of shepherds."

11. Thus May-sis and the Pharaoh Junck-er drank together at the Table for many months, until finally agreement was reached.