One of the classics of Gothic horror is the story of Father Jekoglio, the humble Argentine priest, who became interested in chemical research. He discovered a mysterious potion - Amorisine - which transformed him from a normally-benevolent cleric, anxious always to love his fellow men and teach true Catholic doctrine, into a raging tyrant who, under the name of Pope Hyde, left a trail of destruction behind him. 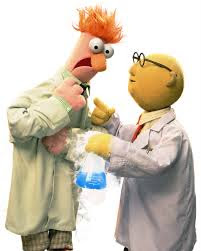 To begin with, everyone believed that Jekoglio and Hyde were two different people. One dark night the police found the corpse of Fra' Matthew Festing, beaten to death with a boeselager (a blunt instrument), and the witnesses claimed that a sinister man in a white coat was responsible. Others pointed to the mysterious fate of four cardinals who had been asking too many questions - two dying suddenly, the others fleeing into hiding. Surely Pope Hyde knew something about this? But then the next day Father Jekoglio appeared in public, smiling, and preaching about mercy and free love (or in Latin, Amoris Libertas). 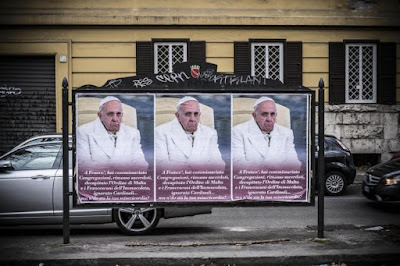 "Wanted" posters appear in the streets of Rome.

However, something linked the two men. Jekoglio and Hyde lived at the same address - "Humility Towers", Vatican City. Was Jekoglio sheltering the infamous Hyde? Or was there a more sinister explanation?

Hyde continued to rampage through the streets of Rome. His closest associates were some of the riff-raff of the city: Emma Bonino, the "pump murderer"; Eugenio Scalfari, the 107-year-old journalist who made up his own stories; Antonio Spadaro, the mathematical genius who was also a master of invective; Walter Kasper, the escaped lunatic. Stories continued to mount of the infamous deeds of the mysterious Hyde. Had he really denied the existence of Hell? Was he really overturning Catholic teaching on marriage? What did he really know about the Vatican Bank Robbery? 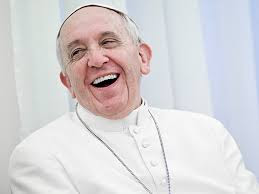 At first, Jekoglio could control his transformations into the infamous Hyde. But then they began to occur involuntarily - often on aeroplane journeys he would begin to utter unntelligible nonsense, and give the appearance of a soul in torment. The word "synod" also acted as a trigger, and whenever he heard it he had an uncontrollable urge to invite innocent people to meetings and make up accounts of what they had said.

In the end Jekoglio resolved to cease becoming Hyde. Perhaps there would be room for him in the Benedict XVI home for retired popes? He had a serum - Magisterine - that could reverse the transformation, but it required larger and larger doses to bring him back to his orthodox Jekoglio personality. Eventually, he had gone too far, and he knew that the transformation was irreversible. He would always be Pope Hyde. And, at the end, his soul would simply disappear.