English bishops to be replaced by jelly-babies

Following a report describing the Catholic Bishops' Conference of England and Wales as a "spineless bunch of jellies", Pope Francis has decided to dismiss all the bishops and replace them with jelly-babies. "They may be a little rigid," he admitted, "but they're a lot cheaper to maintain, and most people will notice very little difference." 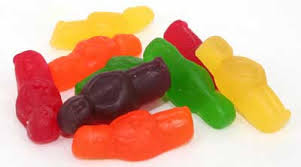 Your new-look bishops. Cardinals in red, of course.

Although individually some of the bishops (Egan, Davies, ...) do regularly show signs of non-gelatinous behaviour, it has been noticed that, when they gather together, their collective decisions are a disaster. It is best to clean out the fridge entirely, and start again.

This week, the bishops had a four-day party in Hinsley Hall, Leeds, and were fortified by a massive supply of cinnabons left over from Arthur Roche's days and some vintage Nuits Saint Geoffrey Boycott (Yorkshire Burgundy).

The bishops must have considered making a joint statement on the decision of Ealing Council to promote the culture of death (abortuaries), block free speech, and ban vigils. This would have offended the pressure groups 40 Days for Death and Bad Counsel Network, of course, and made the Catholic Church do something that Jesus never intended - shine a light into the darkness of secular death-culture. Bishop Egan, to his credit, had already spoken out, but we have failed to locate any statement from the Cardinal Archjelly of Westminster. 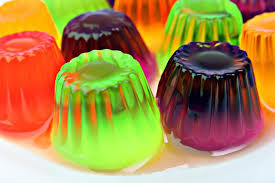 The CBCEW pose for a group photo.

More bizarrely, the jellies issued a statement on the Alfie Evans case, in which the State is trying to enforce euthanasia on a child whose illness has not been properly diagnosed, going against the wishes of the parents to seek treatment away from Alder Hey hospital. Apparently, it is in the "best interests" of the child that he be bumped off (and sadly, we think this will ultimately happen); if you have any comments suggesting the removal of life-support facilities (such as food and drink) from brain-dead members of the judiciary, you should probably keep them to yourself. 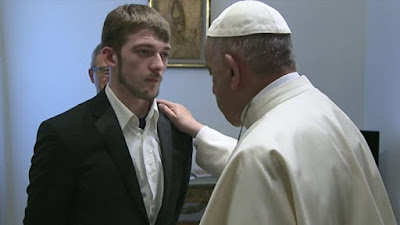 It's nice, once in a while, to see something good in Pope Francis.

What the bishops didn't notice, in their cinnabon-induced stupor, is that Pope Francis is sticking up for Alfie. Said a spokesman for the Liverpool Archdiocese, "We didn't even realise that Alfie was a Catholic. Next you'll be telling us that Archbishop McMahon is a Catholic, ha ha ha." So that puts paid to Vincent Nichols's dreams of being Pope Francis II, and we'll probably end up with Tobin instead. Nighty-night, Catholic Church, we did love you, Baby.