Pope decides to Build Back Better

We thought at first it was simply a tweet from whoever manages Pope Francis's Twitter account (believed to be a teenager on work experience, judging by the quality of the tweets), but no, it appeared on the Vatican's own site. The theme of this year's celebration is “Building Back Better: Toward a Disability-inclusive, Accessible and Sustainable post-COVID-19 World”. I find the expression “building back better” quite striking. It makes me think of the Gospel parable of the house built on rock or sand (cf. Mt 7:24-27; Lk 6:46-49). So I take this special occasion to share some reflections based on that parable. Unfortunately, to everyone else in the world "Build Back Better" means something else. It is associated with the United Nations, the World Economic Forum, and even Joe Biden's election compaign. 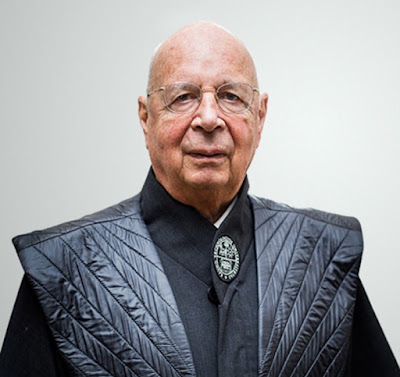 Ernst Stavro Blofeld Klaus Schwab - tipped to become a cardinal any time soon. Yes, all the most powerful creatures in the world - Bill Gates, George Soros, Klaus Schwab, even Joe Biden's dog - all agree that we must Build Back Better. Of course, this is not the first time that Pope Francis has appropriated a political slogan for his own purposes. Previous Vatican "themes" have been "Yes, we can!" and "Feel the Berg!" not to mention "Francis has a plan for that!" and "Best Pope Money Can't Buy" (this last one is no longer used, following negotiations with China). 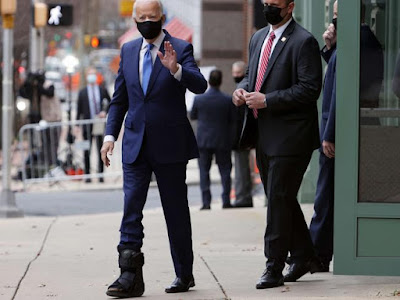 Top Catholic Joe Biden refutes claims that he hasn't got a leg to stand on. So what is in store for the Catholic Church when it participates in the Great Reset? God's Own Great Reset is believed to involve a return to the book of Genesis - drop each person into a garden containing an apple tree and a malicious snake. Those who don't eat the apple go to Heaven, those who do go to Hell. But Pope Francis has other plans. As Job 1:21 points out, Naked came I out of my mother's womb, and naked shall I return thither: the Lord gave, and the Lord hath taken away. Well, the Great Reset does not involve stealing everyone's clothes - although several prominent cardinals thought that this would be an interesting feature - but it doesn involve taking away everyone's money. In the future society based on Brave New World / 1984 / Fahrenheit 451 / choose your own dystopia, but perhaps Austen Ivereigh's new book about the Pope will count, everyone will remain at home all day. No more public worship, nothing but staring at a telescreen all day long, no bars, no shopping, just daily deliveries of low-fat vegan climate-friendly chemically synthesised food. It's better! It's Better! It's BETTER!

How to Build Back Better.
Posted by Eccles at 11:26