Cardinal Farrell (camerlengo): By popular demand, I am stepping down from the organization of this conclave, and our brother Cardinal Eccles will run the proceedings. He tells me that his agenda will produce white smoke within just a few minutes... 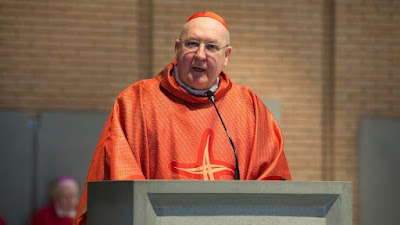 "Only one man can sort out this mess." Eccles takes over. I have invited all cardinals here, even ones too old to vote, as they may still be elected pope. First. Calling all frauds, embezzlers, people who say "The money was just resting in my account", and investors in dodgy property schemes. Please leave, we don't require you any more. Several cardinals leave, Becciu loudly protesting "I'll sue someone - I was intended to be the next pope!" All homosexuals, trans-cardinals, friends of Father James Martin LGBTSJ, those with beach houses, those who cover up abuse... oh hang it, and all Jesuits. Please go. A mad rush for the exits. 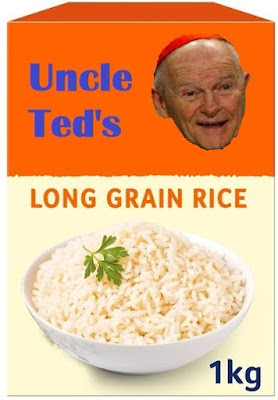 Who let him in? All Germans, Belgians, and - yes - Argentinians (we don't want to make that mistake again!) OUT! Some times you pull up the wheat with the tares. Pope Emeritus Benedict (aged 108) goes out with a sigh of relief. Cardinal Müller looks less happy. All those soft on abortion and euthanasia, those associated with the Pontifical Academy for Death. GO! A few more leave. All cardinals who think that synods about synods are a GOOD THING. HOPPIT. There were never many of these, and most have left already. But one or two creep out synodically. 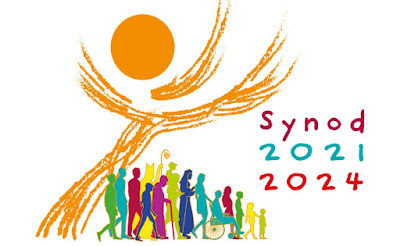 And take that scarecrow with you! Anyone associated with that scandalous deal with China. No not you, Zen, dear Eminence. Is that Parolin I see leaving? All fat clowns who hate the traditional Latin Mass. BEGONE! Roche waddles out with one or two friends. Most of the others have left already. Phew! Well that just leaves Sarah, Pell and a VERY few others. Can you sort it out between yourselves now, guys? 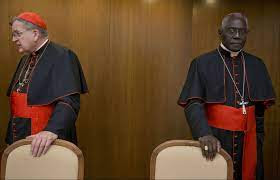