After my bruvver Bosco organized a Pusey riot in de Orfodox church at Wallsingham, de cops was onto him, and he had to flee de town quickly. "I needs an asylum," he said, which is somefink Anti Moly has been sayin about him for years.

We ended up in a small town called Blakeney, where we saw a building wiv a big sign outside it. Anti Moly told us it meant dat it was a Tibetan monasstery. 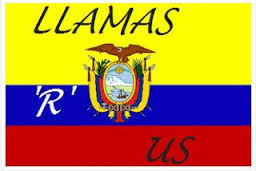 She told us once again how when she was a little girl she went to Tibet and met de Dolly Llama, who gave her lotsa gin. So we went into de building.

A very nice man came to greet us. "Buenos Dias, Señors and Señora, my name is Juliano Assangua. Would you like to buy a llama?" he said. "Or we have a fine range of Ecuadorian products and souvenirs." 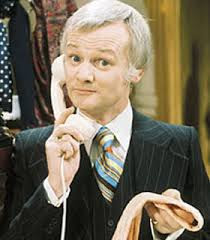 At this point Anti Moly, who had been knocking back de gin, made a dellicate request. "Could I use your toilet?" she said. "I need a quickie leak."

"Wikileaks? I deny it completely," said Juliano hastily. "I am a humble Ecuadorian shopkeeper, and not in the least a fugitive from justice."

Well, when dese missunderstandings were all sorted out, Señor Assangua agreed to let my bruvver Bosco hide in his shop for a few days. We left them watching a fascinating televisoin programme, in which de famuous Muslim polliticain George Gallifrey was discussin de crimes of Jack de Ripper and explainin dat dey was simply "bad sexaul etiquette."

"Hello, hello, hello! It's another case of bad sexual etiquette!"

So for de moment we is returnin to London, where no doubt furver spiritaul opportunities awaits us.