In response to the edict from a Salafi group that Muslims should not eat tomatoes because they are "Christian" food, the Pope has issued an encyclical De Cibo Musulmano, prohibiting Catholics from eating "Muslim" foods. 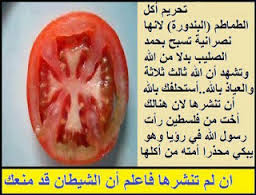 The tomato, food for pious Catholics. Note the sign of the Cross.

Unlike the faithful tomato, which suggests the purely Christian image of the Cross, other foodstuffs have distinctly Muslim connotations.

So today French bakers were up in arms, singing "Allons, enfants de la patisserie," as they learnt that croissants may no longer be consumed by Catholics. 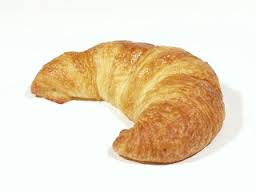 Eating this says, "I am a Muslim." Bananas are similarly proscribed.

But less obvious foodstuffs are also on the Pope's "anathema" list. 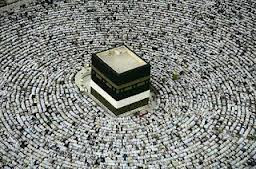 One of these is a cake, the other the Kaaba in Mecca. Can you say which is which?

It is cakes, which often resemble Islamic buildings, that are considered particularly dangerous. This little girl will be getting a strongly-worded letter from her Bishop. 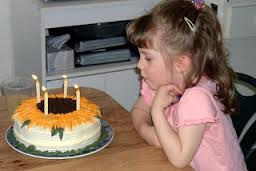 A heretical cake in the shape of a mosque. Note the four minarets.

Even concealing your cake is sometimes not enough. Here we see a deliberate attempt to evoke the image of a pious Muslim woman in a burka. 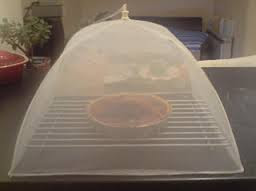 Easily mistaken for a Muslim woman.

Finally, the owner of this blog may be in deep trouble with Catholics and Muslims alike, since Eccles cakes, no less, often suggest the images of people from Islamic history. 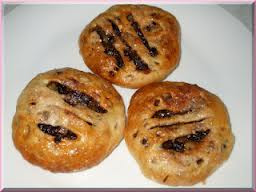 Faces, yes. Not the Prophet. Honestly.

Other Christian denominations broadly agree with the Catholic line. As we see below, many Baptists also regard the tomato as a truly sacred fruit. 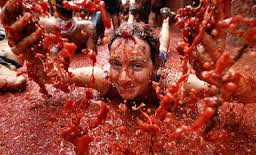