Following a tweet commemorating the death of the martyrs St Thomas More and St John Fisher - one of those little side-effects of the Reformation - the Church of England has now decided to go further and celebrate the life of Queen Mary Tudor. 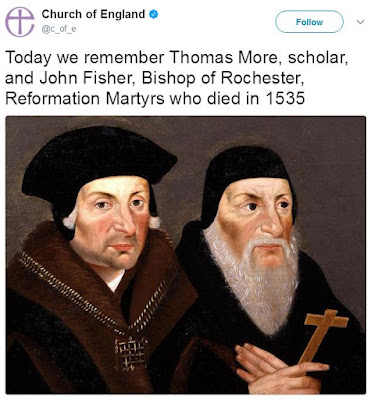 "Fear not, Master Fisher, they kill us now, but will praise us in tweets five hundred years hence."

Actually, there is nothing new to see here. According to the Gospel of Wikipedia, which is always right: In 1980, despite their opposing the English Reformation, More and Fisher were jointly added as martyrs of the Reformation to the Church of England's calendar of "Saints and Heroes of the Christian Church", to be commemorated every 6 July (the date of More's execution) as "Thomas More, Scholar, and John Fisher, Bishop of Rochester, Reformation Martyrs, 1535".

So far very few reciprocal gestures have been seen from the Catholic Church. However, Pope Francis is a great fan of Martin Luther, and he models his style of governance on that of Henry VIII*, so it cannot be long before these two gentlemen become Doctors of the Church.

*Gerhard! Lie low if you will, but I'll brook no opposition - no noise! No words, no signs, no letters, no pamphlets - Mind that, Gerhard - no writings against me! (A Man for all Seasons). 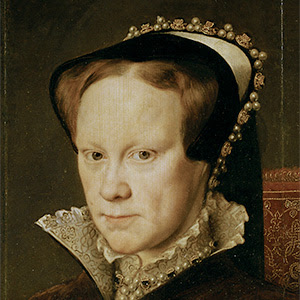 So what about Mary Tudor? 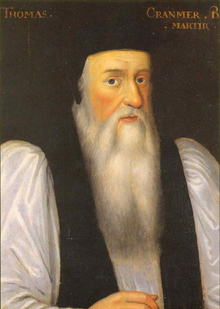 "Well, yes, she did burn me. A little. But I probably deserved it."

All that remains now is for the Catholics to celebrate Queen Elizabeth I, another keen smiter of "heretics", and perhaps Thomas Cromwell, too. Then we can agree on the following joint statement between Anglicans and Catholics:

THE SIXTEENTH CENTURY WAS A GOLDEN AGE, AND THE TUDORS WERE ALL JOLLY GOOD CHAPS. THE REFORMATION WAS A GREAT SUCCESS AND EVERYONE HAD A SUPER TIME. VISITING RUINED ABBEYS MAKES FOR A REALLY GOOD DAY OUT, WHICH WE WOULDN'T HAVE BEEN ABLE TO DO IF A LOAD OF BORING MONKS WERE STILL THERE PRAYING, STUDYING, ETC. HOW UNCOOL IS THAT? 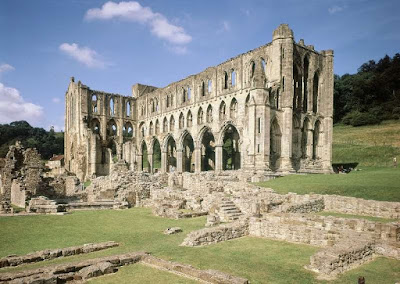