With apologies to G.K. Chesterton.

Through the quiet streets of Manhattan there walked a short, dull Catholic priest. Nothing about him suggested anything out of the ordinary, unless it was the rainbow-patterned socks that he wore. With him was a chunky, flamboyant man, also dressed unconvincingly as a priest. This was "Flambeau" Rosica, the communications expert whose Lightly Salted media empire had brought him worldwide fame. 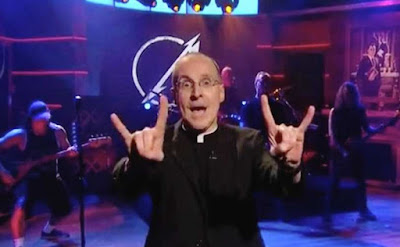 The Innocence of Father Brown.

The two priests were discussing deep theological questions, and had come to an agreement that if, as the great theologian Spadaro had proved, it was possible to argue that 2+2=5, then many of the conclusions drawn in the Bible must have been wrong.

"It is an impenetrable mystery to me," admitted Flambeau. "How could the Catholic Church have been wrong for 2000 years? It was not until the era of Pope Francis the Great that we realised that the old Doctors of the Church were completely ignorant." 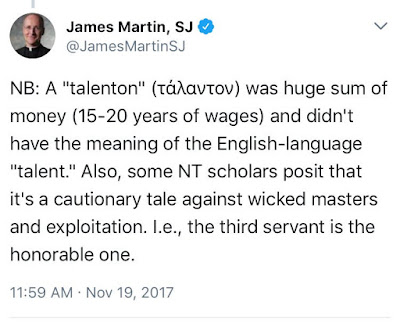 Father Brown thought for a while, and, as they walked the dusty streets, he saw a sign, IGNATIAN GAY BAR. "Let us stop off there for a while," he suggested, "and perhaps build a few bridges."

They plunged into the red-curtained tavern, which was not only cosy, but even luxurious inside. Once seated, Father Brown explained some of the other parables that had been misinterpreted for so long.

"The sower and the seed," he began. "It was always thought that the seed that fell onto fertile soil and grew was somehow the most worthy. But did not the seed that fed the gentle birds have a more sacred destiny? The farmer was clearly a capitalist, trying to exploit the workers, and he probably supported Donald Trump." 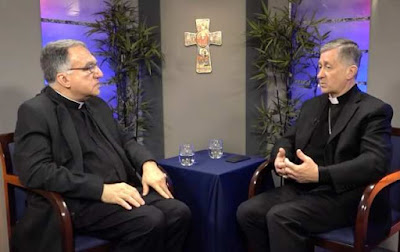 A mystery for Flambeau: how did this man ever become a cardinal?

"Then again, Jesus totally misunderstood the parable of the Good Samaritan. It was the Jesuit who walked past the injured man - stopping only to sell him a copy of his new book - who was the real hero of the story."

"Too true," commented Flambeau, sticking his leg out to trip up a passing waiter and roaring with laughter. "Then there was the Prodigal Son. What a wretch he was, deserting those happy pigs, who wanted him to feed them, and rushing back to stuff himself on fatted calf!"

"Talking of which, why don't you have another plate of fatted calf yourself?" urged Father Brown. "Your chair doesn't seem to be collapsing yet."

"When you practise Ignatian Discernment," he added, "you see all the parables in a new light. Take the rich man and Lazarus, for example. Obviously the villain here is Abraham, who refused to accept the rich man into his bosom. I would never refuse to accept a rich man into my bosom."

They left the tavern, and Flambeau drew Father Brown's attention to a photograph. "Can you explain this?" he asked. 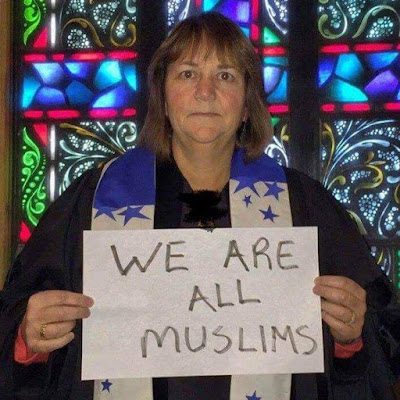 "It seems that this is Karen Oliveto, a Methodist Minister who accused Jesus of being a 'bigot'" noted Father Brown. "She is apparently a lesbian, so we should make her welcome. However, the Islamic connection is not entirely clear to me..."