Following recently-reported events, Pope Francis's popularity rating, which had dropped to 2% as a result of events in Chile and China (etc.) has now shot back up to 98%.

This was largely caused by his unprecedented step in holding hands with a little girl with Down's syndrome, when she interrupted his papal audience. 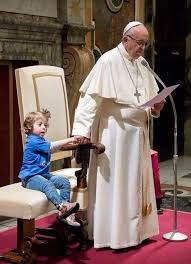 The range of comments we have received includes the following:

"Isn't Pope Francis wonderful? Any previous pope would have told the kid to push off. I'm not a Catholic, but I can see that he is my kind of pope. Of course I am also pro-choice, and would have seen no problem with aborting this kid!"

"Yes, the Spirit of Vatican II has entered the Church and changed all the paradigms! Before the 1960s, it was an excommunicable offence to interrupt a papal audience, and the child would have been locked up in a dungeon. Now, however, we are opening gates, building bridges, and knocking down walls."

"That's one in the eye for all the pope-bashers! Francis may not have a clue about doctrine or civilised behaviour towards his colleagues, but he's a darned fine babysitter!" 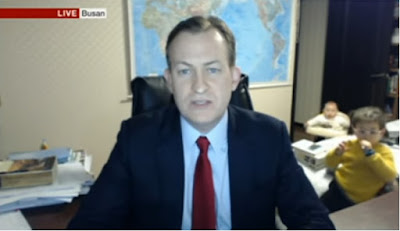 A traddy pastor, who doesn't want to be interrupted by children.

Rumours that the whole event was staged by Fr Spadaro as a way of reviving the Pope's flagging popularity are of course exaggerated. However, there is a plan afoot to invite the world's most glamorous mass-murderer, Kim Yo Jong, to a papl audience, in the hope that some of her charisma can rub off on Francis. Moreover, she may be able to give him some useful tips for dealing with Marcantonio Colonna, the Dubia cardinals, the filial correctors, Cardinal Zen, ... 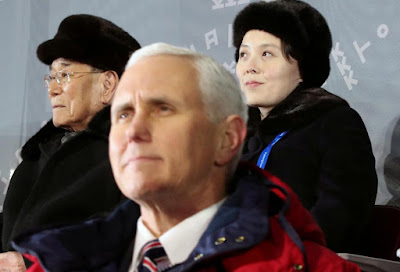 A meeting of the Pontifical Academy for Life.