"But you lived with him for six years. Er, not in the 'Biblical' sense, of course..."

"No, it's all lies. I may technically have been ordained by him, but I really don't remember him. I was too busy trying to look holy." 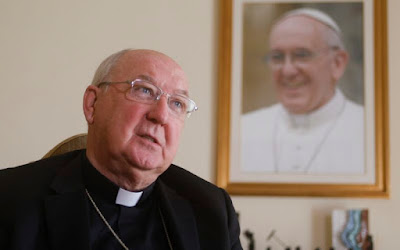 "Isn't that a Father Ted joke?"

"But you served as his auxiliary bishop."

"Did I really? That seems very improbable."

"You have no memory of Uncle Ted at all?"

"No, you know how is it when you're a priest, you get to meet all sorts of people, even your own bishop, but you can't be expected to remember names and faces."

"So when Cardinal McCarrick was having carnal relations with half of the young men in Washington, you were totally unware of what was going on?"

"That's right. I never heard any gossip. Or mysterious screams in the night. Or complaints."

"Thank you, Cardinal Farrell, I'm so glad we've cleared that up."

"Can we talk about my new discovery that priests have no credibility? Anything to change the subject..." 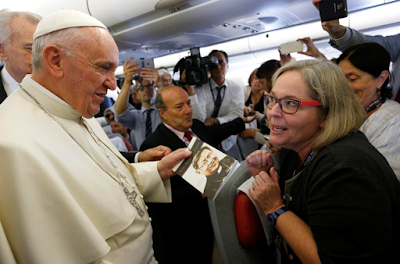