Sir Michael Palin, by and large a very funny comedian and all round nice guy (yes, I've even met him), has objected to the medal that goes with the Most Distinguished Order of St Michael and St George, as he finds it offensive to see St Michael stamping on the head of Satan. (The medal was redesigned a few years ago to make Satan white rather than black, because everyone knows that Jesus is black but Satan is white. Ask Justin Welby.) 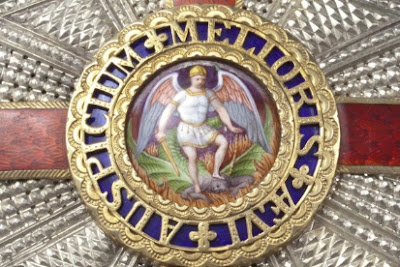 The earlier form of the medal.

"It would be much nicer to see St Michael shaking hands with Satan, perhaps even offering him a cup of tea," explained the great man. "As a veteran of Monty Python, Ripping Yarns, etc., I have made it my lifetime's work not to offend people. Rudeness, blasphemy, naughtiness - they were always right out!" 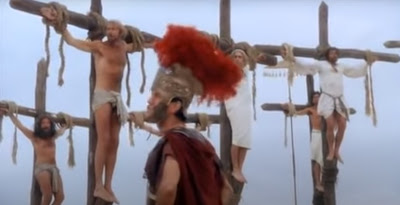 A tasteful inoffensive scene from The Life of Brian.

"As a celebrity, it is my duty these days to stand up for religion," continued St Sir Michael. "Now that Christianity has more-or-less disappeared - at least in the circles I mix in - we have to remember the great Commandment that Black Lives Matter and White Lives don't. In point of fact, I don't wear my medal in public, only in the bath, and no one ever sees it. But if they did see it... well, nobody expects the BLMish Inquisition!" 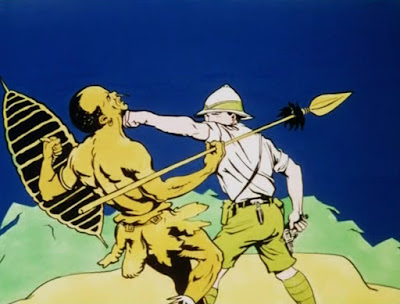 As seen in Sir Michael's Ripping Yarns, and not likely to offend anyone.

We tried to contact St Michael about his scandalous habit of stamping on the head of the Devil, but we were unsuccessful (as Piers Morgan put it, "Just because he's an Archangel, he thinks he's too grand to come on my rotten television programme"). Likewise, our attempts to contact Pope Francis in order to get the saint de-canonized were unsuccessful - apparently he has a backlog of rigid traddy saints that he has to sack first. Too bad. 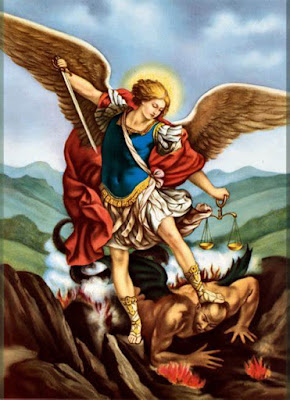 Enough of this filth!