Seeing that his decision to turn the once-Christian Hagia Sophia into a mosque has been condemned worldwide, President Erdoğan of Turkey has agreed to compromise by turning the building into an Anglican church.

His first inclination was to make it a temple of Pachamama, but in the end this was considered too "Catholic" so Anglicanism was the solution, as it does not presuppose any particular belief system. 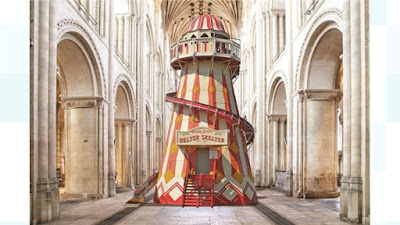 "This should improve the Turkish tourist industry no end," explained the good man. "Both Christians and Muslims love helter-skelters, crazy golf, and artists' installations. The spiritually nourishing sight of an imam shouting 'Wheee!' as he slides down the helter-skelter will do a lot for ecumenism."

Historically, the Hagia Sophia was built as a Christian cathedral, but in 1453 Mehmed the Conqueror, tired of seeing idols of Pachamama, artists' installations (this is what artists make when they can't do art), and tango-ing priests, had it turned into a mosque, and everything went quiet for a few hundred years. Later it became a museum. However, a glorious future now dawns. 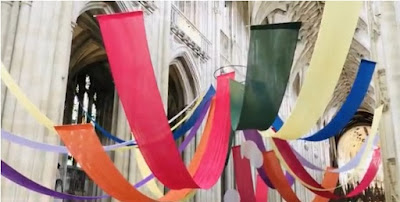 "We're hanging up our washing on the Sophia line!"

However, some critics have said that this is simply a case of Turkey voting for Christmas. We shall see.