The Book of Covidicus 14: the Road Map

Continued from Chapter 13. 1. Over the next month, the children of Bri-tain were mightily vaxed, some with the AstroLogica vixen, and some with the Pfizicians' vixen. 2. And much was the dispute over which vixen (if either) was safe. 3. In the end it was agreed that both vixens were dangerous for anyone over the age of two score and ten years or under the age of three score years. So all men were equally content. 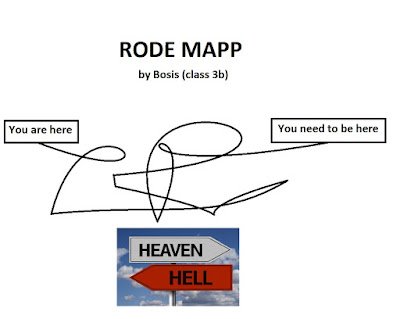 A new hope. 4. Then Bo-sis thought deeply and came up with a "Smashing Wheeze, Chaps!" However, his advisers counselled him to give it another name, and so he called it a "Road Map". 5. For it was a brilliant plan, by which the children of Bri-tain could be led from the swamps of Covid into the promised land of milk and honey (beer and crisps would also be available). 6. So as springtime arrived, the people rejoiced, for they were now permitted to sit in each other's gardens and watch the rain fall. 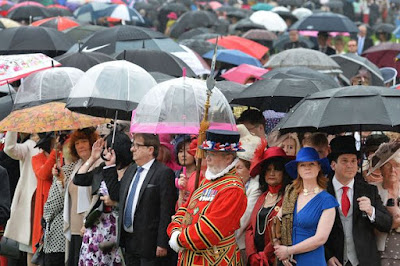 "Alas, your Majesty, only six people may attend your garden party." 7. But woe betide them if they entered the houses of their friends: for if they did they would be cast into the deepest dungeons. 8. Moreover, they were not permitted to flee the country, even to return to the land of EU-gypt: for the only people who could come to Britain must travel in the boats of rubber in order to seek refuge from the evil tyrants of EU-gypt, Ursula of Lebanon and Emmanuel Macrabaeus of the Frenchites. 9. So the children of Bri-tain, who wished above all to go to the houses that were called public, studied the Road Map of Bo-sis to see what new liberties would be granted to them. 10. And they rejoiced to see that soon they would be allowed to have their hair cut, to buy non-essential goods such as clothes, and to hold lavish weddings with fifteen guests. 11. Indeed, for many months the children of Bri-tain had grown their hair, dressed in rags, and remained unwed. So that in fact most of the people now resembled Bo-sis himself. 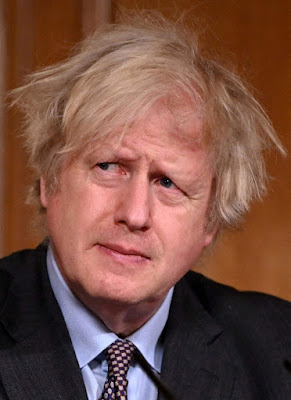